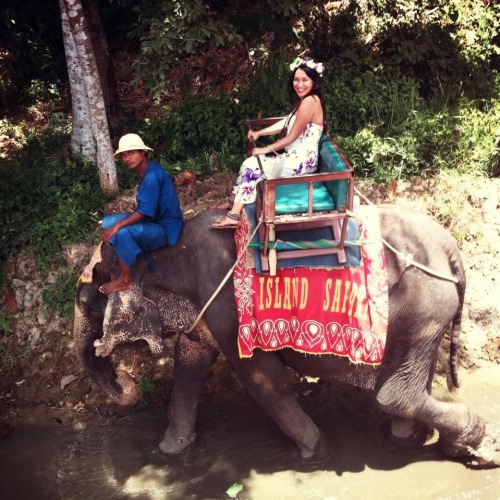 It seems that these days, one of the most popular things to do in Thailand is to ride an elephant. I mean, how authentic does that sound, right? You sitting on a saddle on the back of beautiful gentle animal, going for a stroll in the lush tropical jungle in an exotic land. Now that sounds like the perfect profile picture. 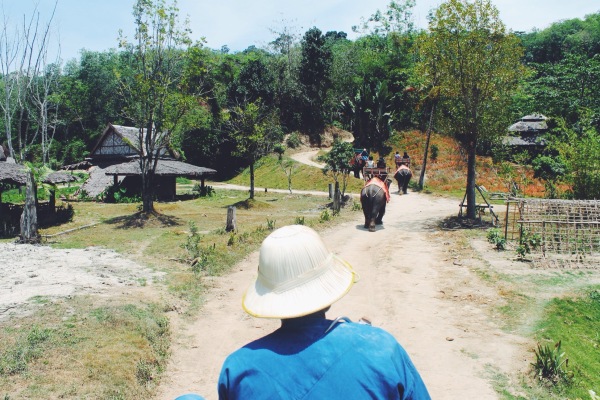 It is undeniably a wonderful experience. Elephants are such lovely creatures and to be near them and just to be able to touch them is such a wonderful privilege. When I went to Thailand for the first time, I knew right away I had to do it. And I looked forward to it like a kid looked forward to Disneyland. I mean come on, ELEPHANTS. Where in the world would you find a better place to experience this other than THE land of the elephants? It was a no brainer.

To be clear, I wasn’t a very experienced traveler at this time. Having just graduated from nursing school, all traveling I did were basically just short vacations and everything was pre-booked with a tour. Needless to say, when me and my friends went, no researches were particularly done. We booked with one of the first tour we saw in google, which was Island Safari Tour in Phuket. Not only did I hate my experience with them, and well, I’m not very proud of it either. 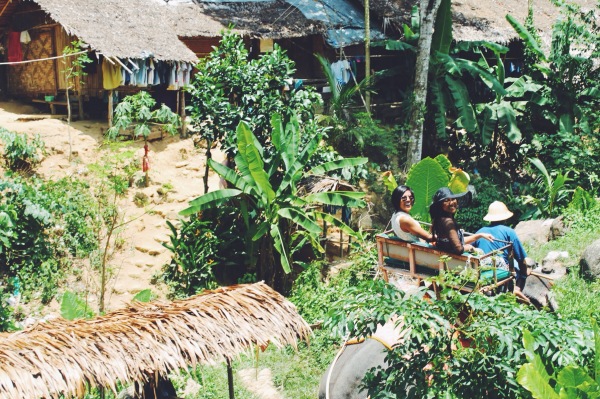 Let me start off by giving you a brief story on my encounter with Island Safari Tour. So being the vacationist that we were, we showed up at the tour with nothing but our bikini tops and daisy dukes. Thinking this was going to include bathing with the elephants (it didn’t, apparently, but other tours do), I even had a flower crown on because I had wonderful images in my head of amazing pinterest worthy photos (embarrassed emoji). Well we get there, and the ladies arrogantly refuses to let us enter this “sanctuary” because of our inappropriate attire. Trying our best to understand that this IS a part of their culture, we gave in and bought some cover ups at their gift shop. I mean, if we’ve done our researches correctly, we probably should have known this. Yet again, the driver who picked us up completely ignored the fact that we were on our bikinis when we got on. So whatever right, I wasn’t going to let this ruin my bucket list experience. 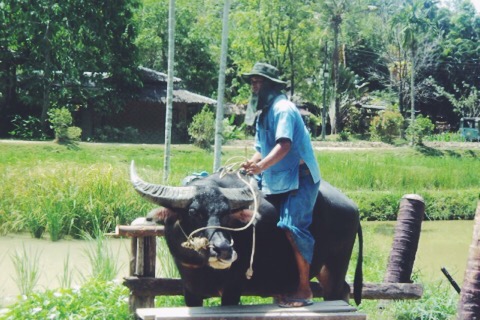 I’m not going to focus on the activities that came with the entire tour, because my aim is not to promote them. But I will give you some concise details. Basically it included a few little extras, such as a short papaya salad making lesson, water buffalo ride, etc. There was also a short show with monkeys and elephants doing tricks. They were impressive and very entertaining– from an elephant shooting darts and popping balloons, baby elephants playing soccer, come on, who would not swoon over that. 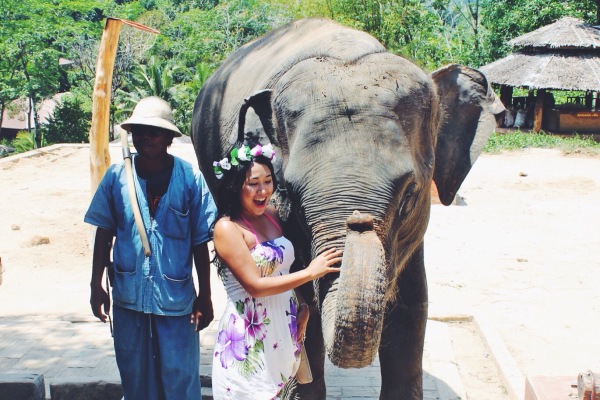 As for the main attraction itself, the elephant ride was definitely an experience I’ll never forget. The elephants…I LOVE THEM. They’re absolutely smart and lovely. But here’s the ugly truth; as you may already know, they don’t get the treatment they deserve. Now I don’t intend to sound like an activist, because I’m not. There is nothing more annoying to me than people who all of a sudden gains a new set of belief just because they watched one video on Facebook. Without even doing further researches, all of a sudden, they’re activists. Social media activists, if you may.

After my experience, I’ve actually tried to dodge as much videos regarding elephant captivities because I didn’t really need the guilt (same guilt from watching The Cove after swimming with the dolphins). But prior to my backpacking trip around Southeast Asia, I’ve done a lot of reading and I educated myself more on the animal mistreatments around Asia. It all started when I started looking up tiger temples because I wanted to pet them. Although I have pet a baby tiger before, I imagined it would have been cool to lie next to a full-size grown up one. But…a clearly sedated mammal just did not appeal to me.

Let me be clear with you, as I’ve said already, I’m not an activist. I felt guilty swimming with the dolphins in an ocean environment, but if given the chance, I would probably do it again (because I loooove them) if it felt right. But there’s gotta be a line to be drawn. Drugged up animals, no. And back to the original topic, elephant mistreatment, never again.

Animal captivity is one thing, but causing them physical pain is another. The most humiliating thing I would admit is that even after I’ve seen the treatments of the elephants– hitting them with sticks as a means of getting them to do tricks, and to submit to commands, I chose to shrug it off. Not that I could have just demanded them to pull over and drop me off in the middle of the jungle or anything, but I wish I would have acknowledged it sooner. That was basically all I saw and witnessed that’s why I chose not think any of it. However, later on, I also read that the saddles cause them a good amount of pain. Although elephants are the largest animals on the planet right now, a saddle made of metal, plus a grown human being or two riding them ALL DAY long, will absolutely be straining their backs.

Now if you really must experience an elephant ride, at least opt for one that doesn’t have a saddle. But if you choose not to advocate everything I’ve mentioned here, then opt for an elephant sanctuary that cares for rescued elephants. There are a few around Southeast Asia. Most do not promote elephant rides but they give you a wonderful experience with them. You get to feed them, play with them, walk them, and even bathe them! I was supposed to do this in Phnom Tamao Wildlife Rescue Center in Cambodia, just a little outside Phnom Penh, but plans have changed. They cost a little more than you would pay at a regular elephant “sanctuary”, but the money goes towards the wellness of the animals. 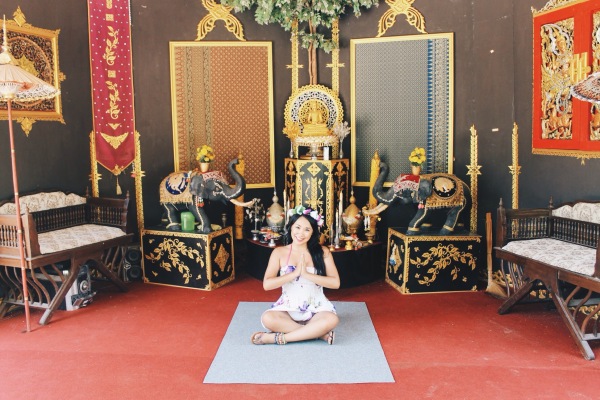 See, I really do wish I knew better, but instead, I went along with complete oblivion and naiveness and flaunted my elephant ride all over my social media. Before you plan to add an elephant ride to your bucket list, or before you cross it off, at least consider some of the things I mentioned. Read up more about this issue if you can. I aim to spread awareness, not to change your belief. If you did, however, learn a thing or two from reading this, share what you now know to your friends. You don’t have to change the world, but it’s nice to know that you’ve made a little bit of difference.

Have you ever had an elephant ride experience? Let me know down below how yours went and what you thought about it, I won’t judge, I promise! If you like what you’ve been reading on my blog, keep up with me on Facebook, Twitter, and Instagram too!