One of our first agenda for our last full day OUT in Bali–which happened to fall on the Balinese new year, was the Goa Gajah Temple, also known as the Elephant Cave. We visited quite a few temples during the week, but there was something quite interesting about this archeological site that I had to see it for myself. The day after this would be the Nyepi, or Silent Day, which will restrict us from going outside at all cost, so we had include this on today’s itinerary. We were in a bit of a rush because we had limited time to roam around. The roads were to be blocked and closed for the festivities so there was no time to waste.

Dating back to 11th century, Elephant Cave has such a significant history. Although others argue it goes as far back as the 9th century, one thing everyone agreed on is that it served as a sanctuary. Built as a spiritual place for meditation, there are relics found that implies Hindu influences, but there are also elements of Buddhism seen around the area. 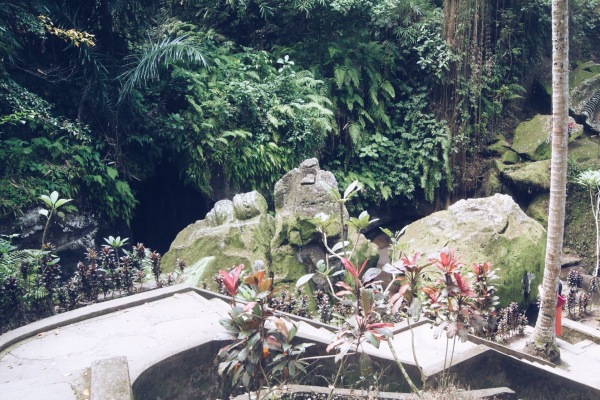 The primary figure you see at the opening of the cave was once thought to be an elephant, hence the name. However, they later found out the carvings are actually creatures and demons. You should know that up to this day, this site hold so much mystery. The exact purpose and history of the place remains unknown to this day. 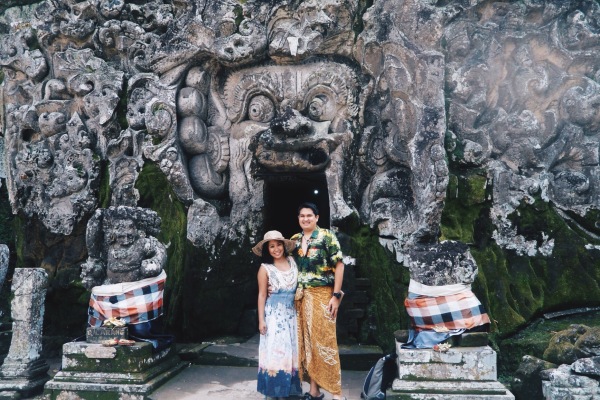 sarongs are required to be worn inside the temples in Bali

In the 1950’s, a pool was excavated on one side of the site. Known as the Holy Pool, worshippers gather holy tirtha water from here for Hindu ceremonies performed in the center of the courtyard. We saw some locals making some offerings to the statues of the pool.

Since the inside of the cave served as a place for meditation, there were incense that remained lit up. It made me wonder how difficult it would be for me to meditate inside because of the incense smoke in such an enclosed place. There were also some shrines inside where people made their offerings as well. 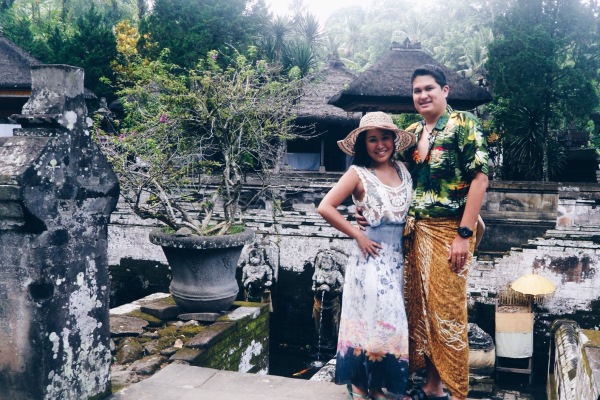 There’s a beautiful courtyard and the entire scenery here is so lush. Despite how ancient the trees are, they remain standing strong. We also found huge rocks resting at very random spots. Apparently, there were a couple of earthquakes that has shattered the area, although not completely, leaving behind ruins that are nothing short of mysterious and intriguing. 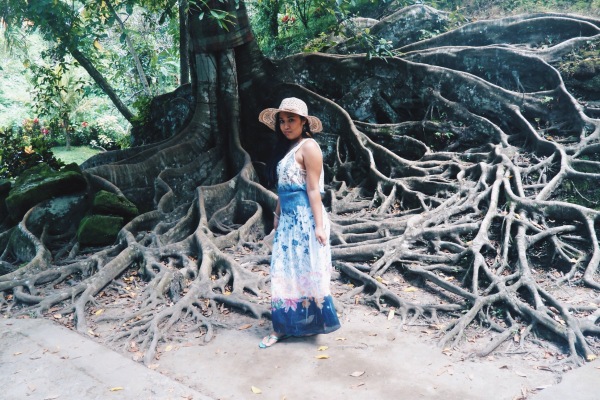 For such a mysterious place, I’m sure the story and the truth that lies behind Goa Gajah is a wondrous one. It’s mind blowing to me how we’ve managed to dig up proof and evidence of life and culture from centuries ago. I mean come on, the pool wasn’t even excavated until 1954. Who knows what else lies in the surrounding area. History and culture is such a beautiful thing. And although we may not completely know the entire story of Elephant Cave, it’s nice to wonder, isn’t it?

47 thoughts on “Where Are The Elephants In Goa Gajah?”