Google “things to do in Malaysia” and Batu Caves is one of the first things that comes up. A temple resting on a limestone hill said to be 400 million years old, Batu Caves is a unique place of worship for Hindus. The fact that it’s a temple sitting inside a cave is already intriguing enough that it is instantly a must when in Kuala Lumpur. The best thing about it is that compared to most unique spots like this, Batu Caves is easily accessible. 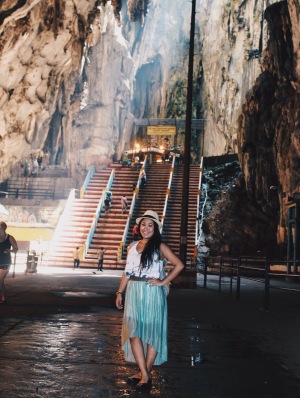 Batu Caves is a place of worship for hindu followers. Although the limestone dates back to 400 million years ago, it wasn’t until the late 1800’s that it began to serve as a temple.

How To Get There

Coming from the KL Sentral, Batu Caves is one train ride away. Titiwangsa station is at the very last stop so it’s hard to miss. From the train stop, you may take a bus, but it takes only a few minutes of walking to reach the foot of the hill. And from there, you must climb the stairs with exactly 272 steps to reach the caves. So not only do you get cultured, but you get a work out as well. Just watch out for the mean mugging monkeys. 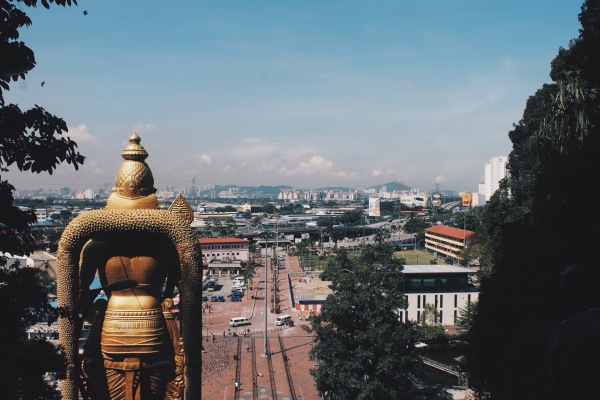 Entering the vicinity, you will notice a couple of eye catching statues already. But the main attraction stands at bottom of the stairs. The world’s tallest statue of Murugan, which is a a Hindu god, stands at 140 ft. high. This is the main image usually associated with Batu Caves. Made of a massive amount of concrete, steel bars, and gold paint, this statue stands beautifully at the foot of the hill, serving as an entrance guard by the stairs. 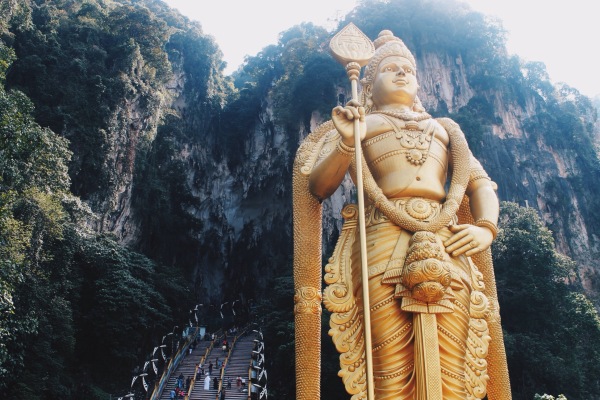 There are a series of caves when you reach the top and the biggest is known as the Temple Cave, which houses vibrant Hindu shrines and statues. It’s a place of worship for Hindus, while the other smaller caves at the base of the hill (renovating at the time) serves as a museum and an art gallery. Entering the cave, traditional Hindu music sets the mood right in. A few vendors are outside selling colorful pictures of Hindu gods and goddesses and other souvenirs. There are a few lights that keeps the temple lit enough so it isn’t too dark to walk around. Though the cave isn’t entirely huge, the chambers are pretty big. In some corners, you’ll notice some worship nooks where locals could be found praying. 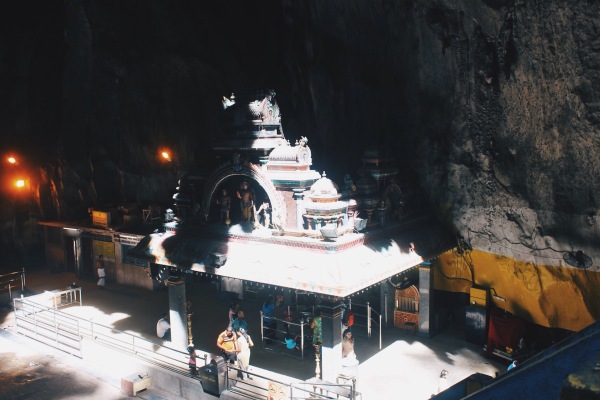 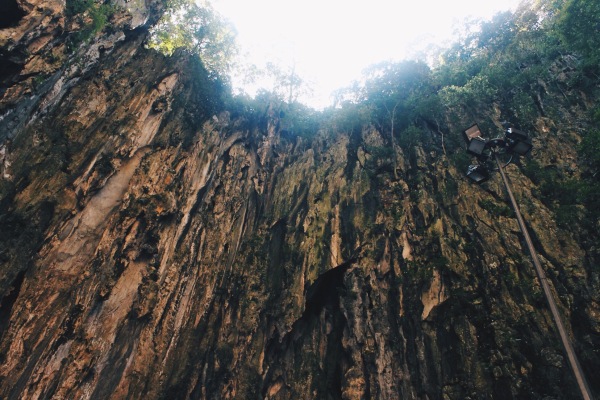 One of the most interesting things I find about Hinduism are the colorful gods and goddesses. Although most of the vibrant statues are outside the cave, there are still a few colorful ones that you’ll find inside. Ranging from small to big, statues of different Hindu deities are hard to miss all around the vicinity. Don’t miss the ones hidden in the tiny corners of the cave. 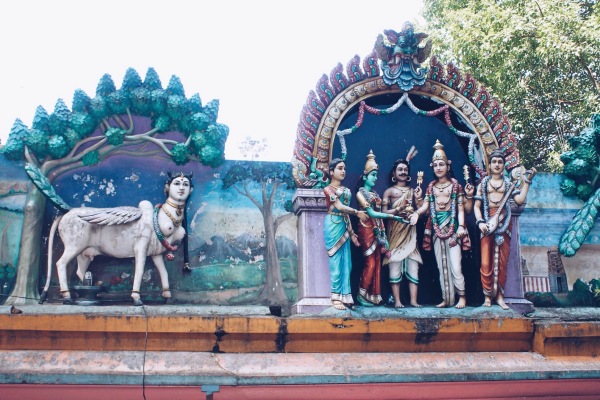 Other Things To Know 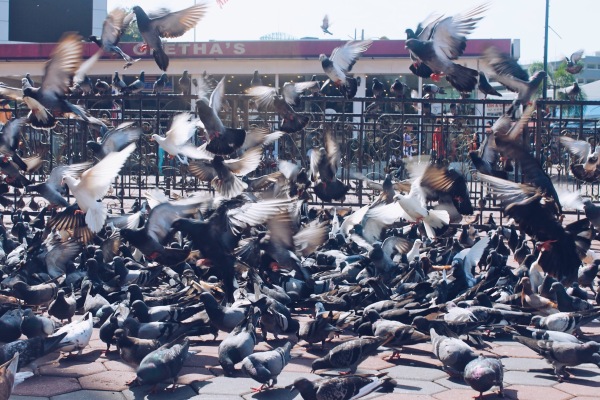 Have you been to the Batu Caves? How was your experience there? Let me know on the comment down below! Please follow me on Facebook so I can keep you updated with new posts. Let’s connect on Twitter and Instagram too so I can keep the inspiration coming.

23 thoughts on “The Batu Caves Of Malaysia”