The Philippines is filled with interesting ghost stories and beliefs from the past. With such a rich history beginning from the colonial era revolutionary wars, WW2, and modern day tragedies, there are proofs and evidences scattered all around the country left behind for us to wonder about their haunting stories. Whether they’re real or not, some sites are captivating enough it doesn’t need a story to prove its eldritch nature. Varying from picturesque enchanted vibe to completely strange and eerie structures, I present to you a list of 6 spooky spots in the Philippines guaranteed to give you the chills just in time for the halloween.

The island of Siquijor itself is nationally known for its reputation of voodoo and dark magic. Claimed as the island of many witches, the reputation it somehow earned is the exact reason why tourist are either attracted or repelled by it. But contrary to all the supernatural rumors, Siquijor is one of the most beautiful and charming island I’ve ever set foot in. The mystical and enchanting appeal will have you wanting to explore each and every corner of this beautiful underrated paradise. But one of the spookiest spot here is the cemetery right by the ocean, just a few minutes away from the town center and the port. Imagine a small, old, rugged graveyard site right by the main street with the beautiful turquoise ocean as the backdrop. Spooky? Beautiful? Original? You tell me.

The Igorots, a tribe living in the mountains of Sagada, practices the unique funeral customs of hanging their deceased beloved ones in the cliffs. It is believed that doing so brings them closer to heaven. The bodies are placed in a fetal position so most of the coffins are small. It’s a beautiful concept if you think about it, the fetal position,– leaving the world the same way prior to entering it. Although it’s an odd, creepy little site to see where the coffins are hanging, there’s still something so beautiful about it especially when it’s located in the middle of Echo Valley– right on the mountains surrounded by trees.

Locally known as Balete Tree, some Banyan trees like the one in Baler are known to be strangler figs or parasite plants, which starts off by relying on another plant or tree until the other is completely entrapped and killed. In the Philippines, these trees are known to be home of enchanted supernatural creatures such as duendes (dwarves), which could either be good or bad natured. Asia’s largest and oldest one happens to be standing in Baler. At 600 years old, this tree looks like it came straight out of a fairytale book.

Away from the busy hub of White Beach, Talipanan beach remains as one of Puerto Galera’s forgotten beaches. But what gives it the creepy vibe are the abandoned resorts right on the shores. With vandalized and worn down cement walls, trees growing around the structures, and an eerie mixture of gloom and mystery in the air, Talipanan Beach is bound to give you the heebie-jeebies. (READ: Abandoned Resorts On The Beach)

5.) Palace in the Sky (Tagaytay City) 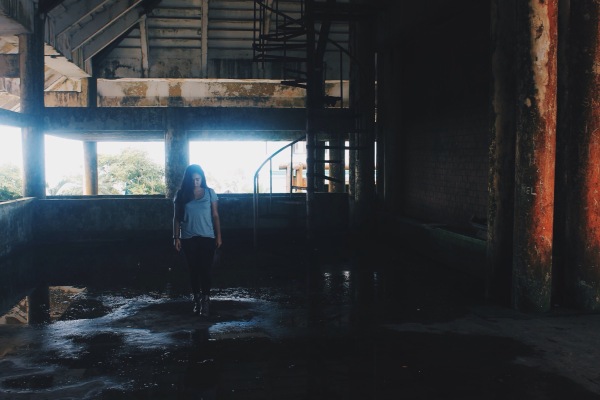 Although there aren’t any haunted stories circulating about the abandoned Palace in the Sky from the former President Marcos’ regime, the abandoned building would still give you goose bumps if you manage to explore its hidden corners and mossy stairways. Don’t let the beautiful view it offers fool you– Palace in the Sky will still give you that weird, strange feeling inside as you roam its empty rusty halls. 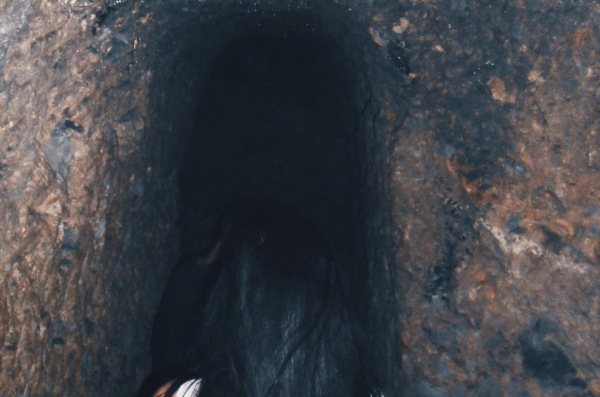 Sure, Baguio has creepier and more haunted sites, but the Japanese Tunnel Walk in the Botanical Gardens of Baguio is just as spooky. Built during the second world war by Japanese soldiers, this tunnel was used as a shelter from bombs and as a place to hide their treasures. Who knows what else went on in there during these times? I don’t know about you, but any world war related mystery sounds uncanny enough for me.