With no appropriate hiking attire, we set off to Khao Yai National Park, situated in Sankamphaeng Mountain Range, about two hours away from Bangkok. I’ve done just a bit of research when our host, my husband’s aunt, announced that we’ll be heading there as a part of our week long itinerary. They have rented a van and a driver for the week so everything was pre-arranged conveniently for us. I was looking forward to see some wild elephants although, spoiler alert, we didn’t, it still happened to be a day well spent.

Known as Thailand’s third largest national park, Khao Yai offers a variety of wonderful activities such as hiking, wild animal sightings, bird watching, kayaking, and camping. It’s definitely preferred to go here with your own vehicle especially if you wish to explore the huge area it covers on your own. Otherwise, there are shuttle services available, although this could hinder you from exploring all the areas you’re interested in. Khao Yai is a vast park that covers grasslands and forests, and is home to a number of waterfalls. With its colossal vicinity without the mountain range, you can expect a number of hiking trails that I can only imagine would lead to wondrous sights.  If we had more time, I would have absolutely considered camping. 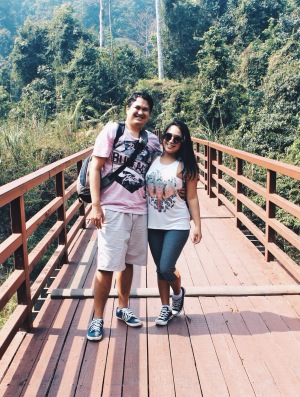 Unfortunately, the driver we hired wasn’t very familiar with the park, so it was like walking around in the dark as we tried to navigate ourselves. We were glad we had an airconditioned van though. It was extremely hot that day and I suggest you definitely take this into consideration when you go. A friend of mine knew someone who went there on their own and suffered from a heatstroke. Luckily for him, a tourist came across him, or he probably wouldn’t have been found until it was too late.

We did a minor hike to our first waterfall, Haew Narok. From our drop off point, we hiked at least 20-30 minutes to the viewing area of the waterfall. The hike was easy, it was more like a walk, really, with a few stairs to tackle. Nonetheless, anyone in an average physical condition can easily do it. We were with a bunch of senior citizens and they all managed to do it with flying colors. Haew Narok stands at 80 meters tall, and although it was during dry season, the flowing water wasn’t particularly as grand, though it wasn’t nearly dry either. It was still a beautiful site to see, making the short hike undeniably worth it.

We also were able to hit up Heow Suwat Waterfalls, or what I’d like to call Leonardo di Caprio Falls, the famous waterfall where Leo jumped off in The Beach. I was expecting it to be a lot bigger but I would say it stands at roughly 20-23 meters high. It takes a short hike down and it wasn’t hard to track at all if you just follow the sound of the water dripping. Unlike the first waterfall, Heow Suwat was more abundant in water. Sadly though, swimming wasn’t allowed. Rumor has it, hard-headed foreigners would jump off the waterfall when swimming was still allowed, and many were critically hurt, forcing the authorities to prohibit swimming in the area by all means. Don’t you just hate when others’ stubbornness ruin it for us? But I can’t really blame them…I’d probably want to jump off too if I could.

Now I know I say I’m so over monkeys because they’re savages. But there’s still something about seeing them in the wild that you just can’t help but to pull over and watch them for a little bit. There are a LOT of monkeys on the roads of Khao Yai! There were even more at the private concession of the park where we ate. And by then, I was about over it already. Monkeys climbing on the table scavenging for food was something I no longer find amazement from. I’ve been victimized too much by them to say the least. 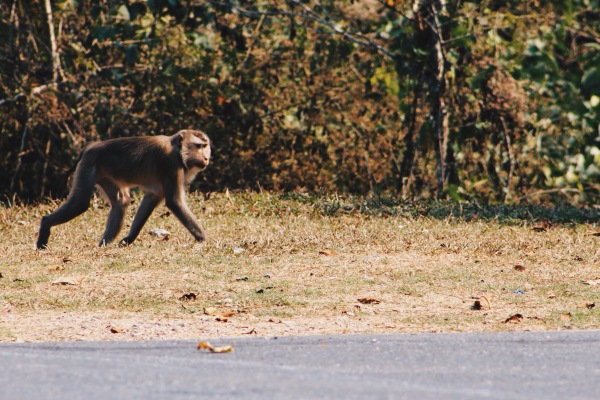 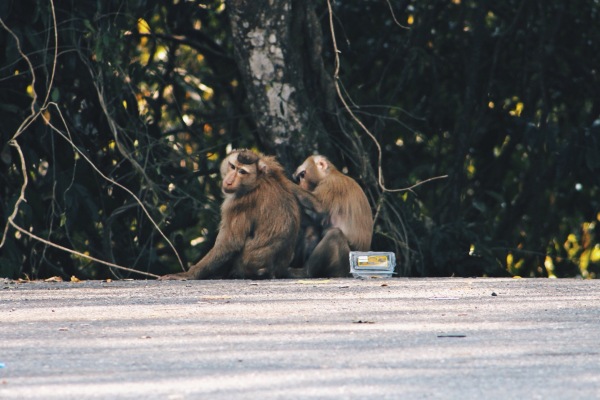 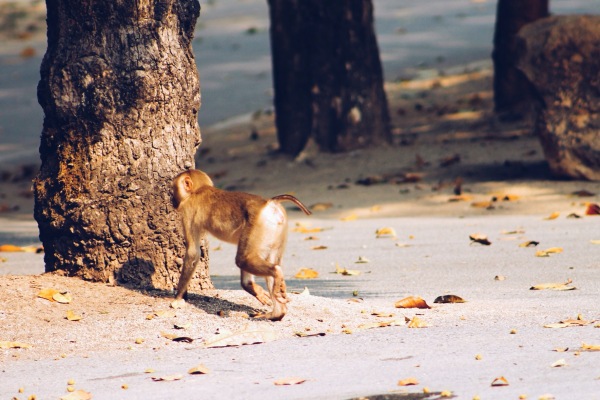 We also saw a lot of deers of all kinds roaming around the campsites and even at the cafeteria. There they were, just minding their own business.

I was sad that we didn’t come across the elephant herd, but whatever your circumstances are, it’s not always guaranteed that you’ll come across them, or where you’ll find them. That’s the beauty of the wild though, isn’t it? Everything happens by chance, not by a scheduled ordeal. Whatever animal it is, I think there’s something magical about meeting animals in their natural habitat and sharing even just a split second making eye contact with them.

Another popular attraction at Khao Yai park that we missed out on was the bats. There is a bat cave somewhere in the park that we somehow we couldn’t locate despite our drivers’ ability to communicate fluently in his native tongue, where millions of bats make an appearance by sunset. We drove around for over an hour looking for it, but it just didn’t happen. Too bad. Imagine how amazing it would have been to witness that. But oh well. Maybe another time in another place.

It turned out to be a wonderful day, regardless of what we missed out on. What better way to end our day than with local Thai beer? Singha for me and Chang for him. Then off we went to our two hour ride back to the city to start another adventure. This is just one of the many reasons I’ll never get tired of Thailand. The adventure never ends. 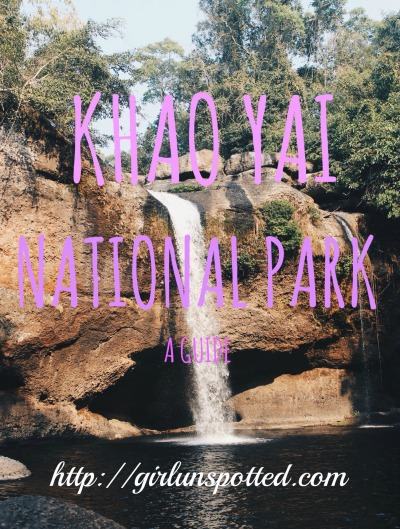 39 thoughts on “The Vastness of Khao Yai National Park”