If there’s one thing I always have a hard time writing about, it’s usually about the places that I happen to love. The places that has become an instant favorite– the ones where it took one look for me to fall in love. Prior to blogging, I thought it would be easier to write about those, especially because I have so many wonderful things to say. But it turns out, there are places that are so beautiful it’s so difficult to put into words. Siquijor, a mystical island in the center of the Philippines, is no exception to that. (READ: An Intensive Analysis To Philippines’ Best Islands)

The name itself sounds so whimsical already. Siqujior (see-kee-whore), dubbed as Isla del Fuego (Island of Fire) by the Spaniards in the 1500’s, has a certain magic surrounding the entire island. It was called the Island of Fire because back in that era, fireflies were known to light it up entirely, which can be seen illuminating the whole island as the boat approaches it. Imagine that.

Today, there are less fireflies. But the magic still remains.

After what seemed like a 12-hour journey that included a plane, a long bus ride, a couple of jeepney rides, and a ferry ride, it was pure bliss to catch sight of Siquijor’s port. Pristine, turquoise waters embellished the port as local children splashed around it. I’m used to dirty, greasy ports, but this one is an exception. It was clean and inviting, and if I wasn’t carrying a backpack, I would have jumped in myself. Though I was weighed down by my lack of sleep, I had nothing but pure excitement to explore such a beautiful place. 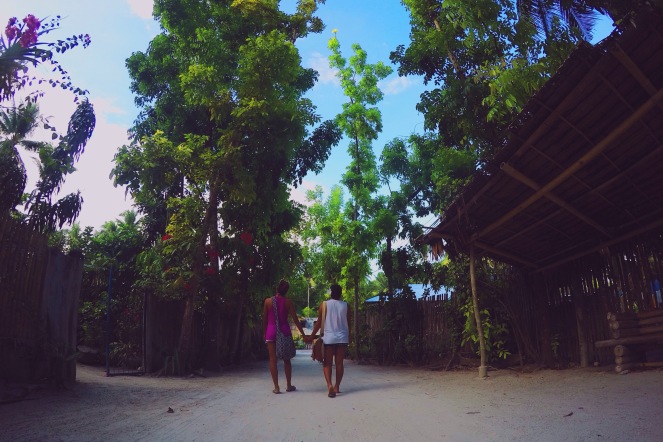 First impressions really do last, because 10 minute into the island and I was already head over heels in love. The harmony between the people and the place itself is indescribable. The perfectly lined up coconut trees goes so well with the beautiful ocean. There is a perfect balance that I can’t quite point my fingers at, but whatever it is, it makes up this peaceful arcadia. There seems to be no trouble, and people seem to have no problems at all. Everyone was kind, polite, warmhearted, and always willing to help. I might even go as far as saying that these might be the nicest community I’ve ever encountered.

But here’s the irony. Siquijor has quite a dark reputation. Known as the voodoo island capital of the Philippines, Siquijor is famous for witchcraft and supernatural dark magic. And if I must confess, this is what drew me to journey to this place. This is actually what either attracts or repels visitors in the island. And you know what, it wasn’t hard to see the contrast between beauty and mystery– with old, rummaged graveyards right on the street, while the elaborate blue seas served as the background, I was enthralled and captivated by this island’s otherworldly charm.

It was as bonafide as it could get. There were no franchise stores or chain restaurants. Though the houses and structures are made of cement, they still appeared humble and rustic in their own way. There’s only one high end resort in the island, and I hope they keep it that way. I would hate for this island to become commercialized, ever. I love that they don’t have ATM’s. Or that jeepneys are rare and comes by on a schedule. And that there’s no 7-11 in every corner. Siquijor is completely mesmerizing the way it is. Simple, unpretentious, and almost untouched. 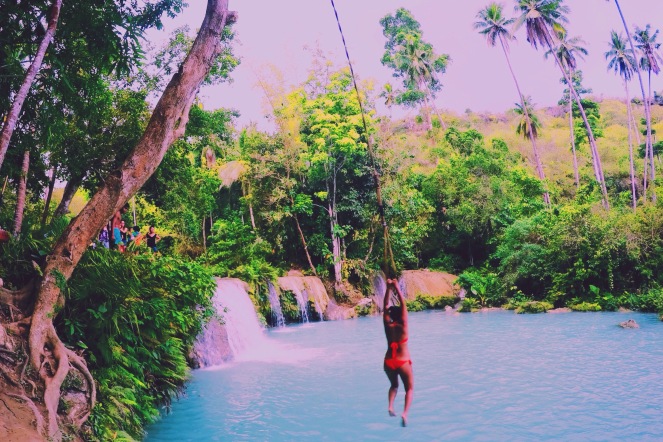 We searched around for evidences of witches and dark magic, but other than a mixture of herbs that serves as potions and souvenirs, we couldn’t find any. Instead, we found stunning tropical beaches. Quiet neighborhoods. Millions of stars in the night sky. A hidden waterfall tucked away in the jungle. The best local ceviche (kilawin) I’ve ever had. And kind, warmhearted people. We’ve been told that we must venture to the mountains if we want to dig deeper, but since we were lacking time, we decided to just indulge in Siquijor’s true beauty. 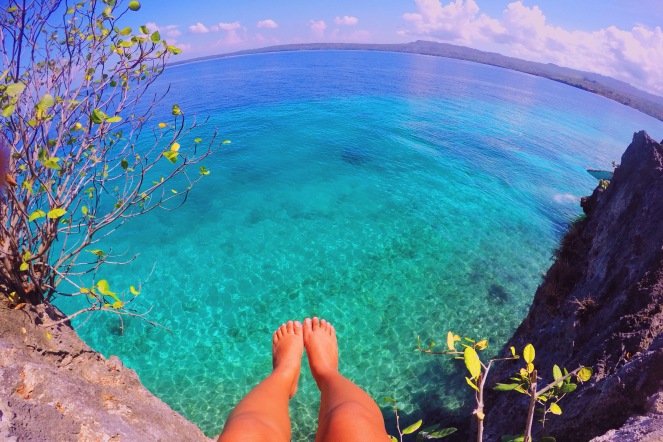 Truth is, when it comes down to it, there isn’t much to do in this island but to bask in its charm and to immerse in its sceneries. But that’s also what makes the island so precious. It’s so undeveloped and it’s rare to find places like this nowadays. Although it’s still somewhat a hidden gem to most, Siquijor is gradually becoming more known to travelers. But since there is no airport and getting here can be quite a journey, most people prefer to skip it. What a shameful mistake, but I can’t pretend that it doesn’t make me happy. Less tourists, more beauty to preserve. So before the island gains even more popularity, I suggest making your way there. But do me a favor, keep it on the down low still. 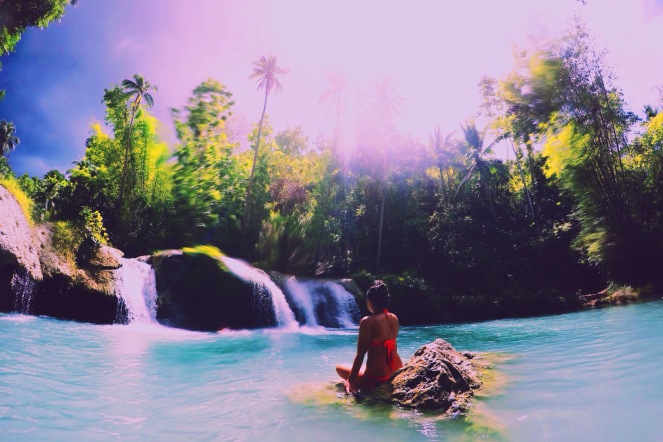 To get to the island, you may take a flight to Dumaguete. From Dumaguete, hail a jeepney to the port. There are a bunch of ferries that goes to Siquijor, but get there as early as you can because they go on a tight schedule. If I remember correctly, it takes a little over an hour to reach Siquijor. You may also fly to Cebu City and take a bus to Sibulan port to reach Dumaguete.

31 thoughts on “The Magic Of Siquijor”