Ever since I began appreciating the joy of hiking which wasn’t too long ago, I’ve had Mt. Batulao in mind. I live about 20 minutes away from the jump off point, but being a rookie and all, I was a little intimidated by it. Every time my husband and I make plans to climb it, we always end up replacing it with a different adventure somehow at the very last minute. Since 2016 is going to bring a lot of changes, including time becoming a luxury, I’ve decided it’s now or never.

I’ve read about it and I’ve been told it was a little harder than Mt. Talamitam, which isn’t too far away from Batulao. (READ: Mt. Talamitam Hike) Coming from our house, it took only one short bus ride and another tricycle ride to reach the jump off point. It’s pretty much the same if you’re coming from the city, it’s just a longer journey. Take a bus bound to Nasugbu and tell them to drop you off at Batulao. There will be tricycles there that will take you to the jump off point for 100php ($2.50), or 30php per person if there’s more than 2 people. You might be tempted to walk instead, but trust me, just pay that extra and save your energy for the real climb. 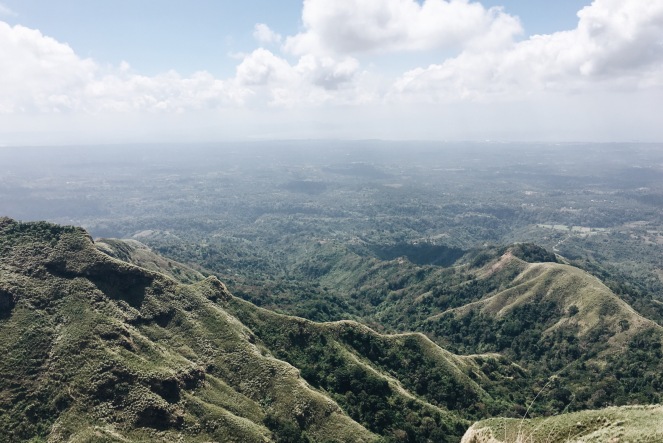 We left the house around 6:10 in the morning, but didn’t start the hike until a little past 7. We did our stretches at the jump off and considering the soreness and mild pain I’m dealing with right now, I probably could have committed to more time stretching my legs. We signed up for a guide which we did at the highway, before the jump off point.

Contrary to the blogs that I read, a guide is actually not required. Rumor has it that they started enforcing guides because of the previous freak accidents that happened a couple of years back when a girl climbing alone fell off a peak while taking a fatal selfie and instantly died on the spot. But apparently, no guide is required, but it’s definitely advisable. The trail is easy to follow, but for rookies and beginners like us, a guide really comes in handy to help you on your way up. It cost us 400php ($8) which was worth it in my opinion.

The hike started calmly, passing by houses in the neighborhood at the foot of the mountain. There were kids selling walking sticks for 10php, and I suggest getting one because it really does help. I advise you to start as early as possible, meaning early enough where there’s enough light, and early enough that it isn’t scorching hot yet. Hiking up was especially easier for us because it wasn’t hot. The great thing about this mountain is that there’s a lot of trees and tall grass to provide shade, unlike Talamitam where shade is a rarity. 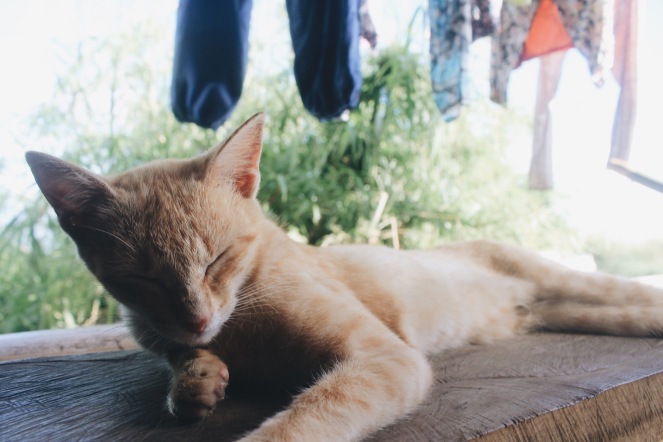 Prior to my hike, I was under the impression from the blogs that I read that it was going to take 3-4 hours one way to climb Batulao. To my surprise, our guide told us 2 hours will give us enough time for a lot of rest breaks already. True enough, it was much faster than I expected. The hike itself was a lot easier than I imagined as well. I think the fact that there’s a lot more shade here made the entire climb much easier than Talamitam (which is said to be an easier hike than Batulao). Hiking Batulao is basically a series of ascending and descending paths, as you will be going through a bunch of what I’d like to call “rolling hills”. That means you’re entire hike will be a mix of ups and downs in both directions. That also means going down would take just as long as going up, if not longer, compared to most hikes where hiking down is faster because it’s purely descending. And finally, that also means a beautiful view of your lush surroundings. It will be different than what you’re used to in your hikes.

There are also 4 different stores along the way that offers drinks and snacks , the last one being at Peak 8. The bad thing about remote stores like such is that the sodas are extremely flat because of obvious reasons. But don’t worry, they have water and fresh coconuts.

My favorite spot for a photo would have to be Peak 9, or is it Peak 10? It has a pretty epic rock where you can carefully climb and sit for an impeccable background of the rolling hills of Batulao. Just be extra careful! It makes a great resting stop especially there are shaded areas and benches to relax for a bit before continuing your hike. I must also remind you that the actual literal climb starts here. Actually, before reaching this peak, you’re required to climb with a rope already. It isn’t particularly hard at all but it’s a little scary. Just remember to put your weight on your legs.

The final peak (12), or the summit, is 20 minutes away. There are three more rappelling sites, although not as long as the first one. This would now probably be the hardest, if not dangerous, part of the hike. At one point, we have to cross a rocky path which was so narrow and one wrong step might lead to a fatal accident. Truth is, despite my thirst for adventure, I’m afraid of heights, so naturally, I hated this part.

As we reached the summit, there were a bunch of groups already. There’s no shade, so that was a bummer. I had a rice meal packed and I wanted to eat it there but I decided to wait until I’m back in Peak 8 where there’s a table and I could eat under a shade without worrying about my pores. As always, it was a great feeling reaching the top. It’s what I crave when I’m on a hike after all. I’m addicted to surprising myself and going against my limit. The view of Cavite and Batangas was incredible. And you know what, being at the top like that is another reminder how small I really am in this world.

Descending the mountain was harder than going up, at least to us. There are actually two trails, and the other groups decided to head back through the vintage trail instead, which was supposedly longer. We opted to go the same way we took which means we literally have to rappel down those ropes. The path between the summit and Peak 9 were not only steep, but it’s also slippery. I’m glad we hired a guide because there was no way I would have gotten out of there uninjured without one. 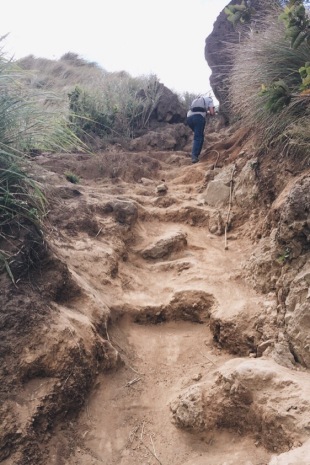 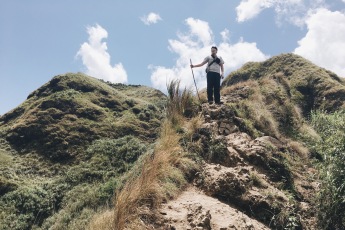 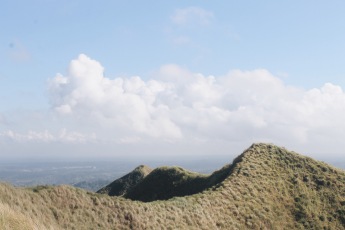 As a matter of fact, we passed by the group that left ahead of us, and one girl sprained here ankles pretty bad. It looked extremely swollen by the time we caught up to them and we could tell she was in great pain. Later on, we found out she just recently got out of surgery when decided to hike– a foot/leg surgery. Now I feel terrible that she’s in pain like that, but come onnnnn. That’s just asking for it. I’m sure the rescue team took awhile to get there, and we even passed by them as we were nearing the bottom of the mountain. That’s one thing that definitely needs to be considered– having a rescue team at the halfway point. We’ve been told lots of people get injured here so they definitely need to step up their rescue game.

The hike down was extremely exhausting and I hated it so much! It was easy enough alright, but the scorching heat of the sun was unmerciful. The beginning of summer is here so the heat is definitely upon us. I was beyond famished by the time I reached Peak 8 so I scarfed my food down. I got quite dizzy after getting back to the hike so I took a long break at one of the stops which was fantastic. We began waiting for the clouds to cover the sun before heading back out again so it definitely took us longer going down. When we finally reached the bottom, it felt even more satisfying than reaching the top.

In general, I would consider Batulao as an easy hike. It’s considered a beginner level hike, but I would really advise a guide for rookies because you can never be too safe. It’s a beautiful mountain and I found myself breathtakingly admiring the view each stops I make. Either way you go, you’re in for an amazing adventure, so cherish that. The view is a killer, the accomplishment will be satisfying, but the journey will be unforgettable. Kinda like finding your way to Mordor.