The first time I traveled to Vietnam, I chose Hanoi. It was meant to be a short trip, and because Halong Bay is in my Vietnam bucket list, Hanoi was the winner. It didn’t disappoint and I fell in love pretty quickly. The food, the people, the culture…it was all an instant connection I had with the country that I knew I had to return. And as I explored the corners of Hanoi, there was a huge curiosity I couldn’t seem to get rid of about the life down south. If Hanoi went beyond my expectations, just how amazing could Ho Chi Minh City be? I told the universe I had to go see. (READ: Hanoi or Ho Chi Minh City, That Is The Question)

But this time, I was not impressed.

Coming from an exhausting bus ride from Phnom Penh, Cambodia, I was beyond excited and ready for Vietnam. I loved Cambodia– all gritty corners of it, but I was ready for familiarity. I saved Vietnam for last in my backpacking itinerary not only for convenient reasons, but because it already has a special place in my heart. Vietnam has set my standards high, and maybe it was my fault for setting my expectations the way I did, but Saigon… she broke my heart a little.

Right on my first half hour in the city, I was scammed. Blatantly, shamelessly, and poorly scammed by a driver. I could have lost more, but I couldn’t seem to shake this experience because well… I felt so foolish. What should have been a $2 ride ended up being $20, and the truth is, I wasn’t even mad about the money. I was mad for being victimized. I felt stupid, and really, I should have know better. I cried upon reaching my hostel, and sadly, I let this experience become a hindrance to my excitement for the city. All of a sudden, I couldn’t wait to get out of it. My excitement has turned into resentment.

But although I was suffering from this heartbreak, it wasn’t enough to keep my cooped up in my capsule bed. I’ve always been mind over matter, so I thought there was only one way to get over this foolishness. Beer. I needed beer. And as I sat with my beer with a local, I was slowly forgetting the damage Saigon has done (to me and my pocket…because honestly, $20 is a big blow). She told me about her heartache too because her girlfriend won’t take her back anymore. And I told her about my little taxi scam. She apologized to me, and I felt her embarrassment over her very own city. It felt nice to have her sympathy. She told me that she hopes this doesn’t dictate my feelings over Saigon because the city, despite the chaos, she said, still is a beautiful place with a unique personality. I told her it doesn’t generalize the way I feel about Saigon. But I lied. I wouldn’t admit it to myself then but I’m pretty sure I’ve already made up my mind. 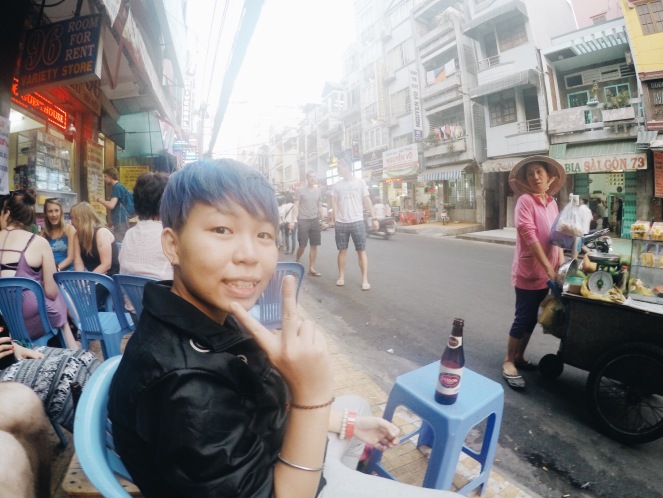 No, Saigon. I’m just not that into you.

Although many expats I met talked about how Saigon might just be the best city to live in Vietnam, I couldn’t even last a couple of days. I felt threatened as I walked around the streets. Could it be true? Could the negative things I’ve heard about Saigon that I always assumed to be made by people with just sheer bad luck, absolutely happen to me as well? With fear in mind, I kept my guard up, and I didn’t trust anyone. Although I’ve met some really nice people, it was too late. I’ve barricaded myself from HCMC and no amount of general kindness will change that. And you know what? That was probably where it went wrong. 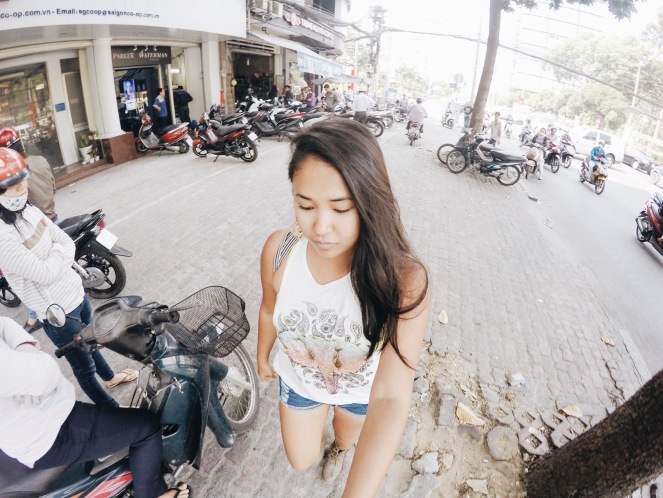 So when it comes down to it, no, I wasn’t particularly impressed with Saigon. I couldn’t want to get out of it, and once I did, my mood was a lot brighter. Did you ever experience such lack of connection with a place you had so much hopes for? Physically, Saigon is a beautiful place in its own chaotic way. It’s traditional and raw charisma can be pretty captivating. So it wasn’t particularly the place itself that made me lose that connection I was so hoping for. (READ: The Mekong Delta, Snake Wine, and I)

It was the way the city made me feel. Foolish. Dumb. Victimized. Every little thing I told myself I wouldn’t allow to happen, basically did in one short taxi ride. It wasn’t that he ripped me off, but the way he lied to me. The way I have sort of failed myself. How idiotic it made me feel. I didn’t even mind that people weren’t as friendly as they were to me up north, but it was just the fact that I couldn’t seem to connect with anyone. Feeling disconnected from a foreign place where I’m completely anonymous was one of the emptiest feelings ever.

But you know what I learned here? You can’t force the chemistry between a city and yourself. It’s either there, or it’s not. And the truth is with Saigon, the chemistry just wasn’t there to begin with. Was it that bad taxi ride who’s responsible for it? I don’t know. All I know is that Saigon wasn’t for me, and that’s okay. Was it the food? I mean, I like Hanoi food better, but I don’t hate theirs. Was it just the city itself? Maybe. I don’t find Saigon’s energy as charming as many others said it is. But I mean, maybe we just didn’t give each other a chance. Maybe it was just the timing. Either way, it’s fine. I can’t love all places I visit. You can’t win them all. All you can do is learn from them.

20 thoughts on “Ho Chi Minh City, I’m Just Not That Into You”