Recently, Conde Nast Traveler just announced three islands of the Philippines as the best in the world, as voted by readers. It’s not the first time the pristine beaches of the Philippines have been recognized though. This tropical archipelago has garnered so many recognitions over the last few years that it instantly became any traveler’s dream. But yeah yeah, Philippines has proven it’s beauty alright, but that’s not the question.

Should you go here on your honeymoon? 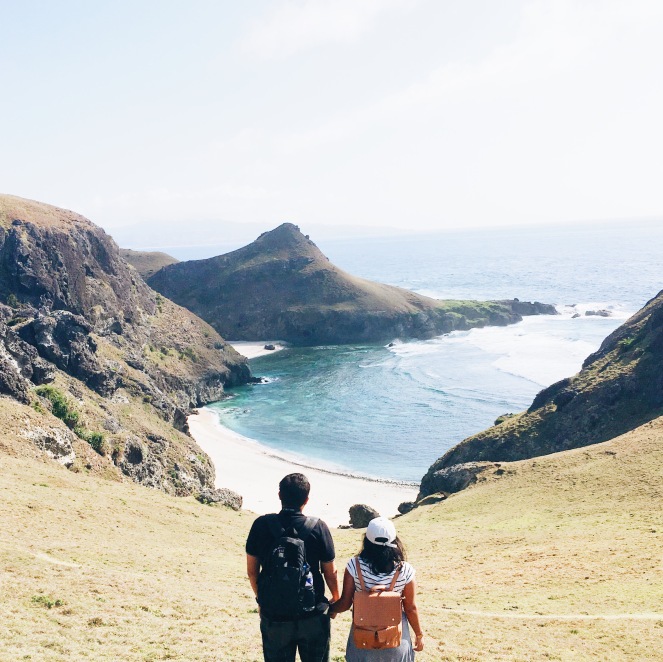 Honeymoons are extra special. At least to me it was. And no, I didn’t spend mine in the Philippines, but my husband and I travel around here so much and though it doesn’t always feel like we’re on a honeymoon, I’d like to think we know romance. But anyway, we’re talking about a once in a lifetime trip. Does Philippines have that romance factor like Bali does? Or are you better off with an all inclusive trip in Hawaii? So, you’ve got your eye on the Philippines to jumpstart your wedding. Let’s get you started with a few reminders before you make a decision. And even if you’re coming not for your honeymoon but for the sake of a bomb vacation, here’s a few things you might need to know nonetheless. 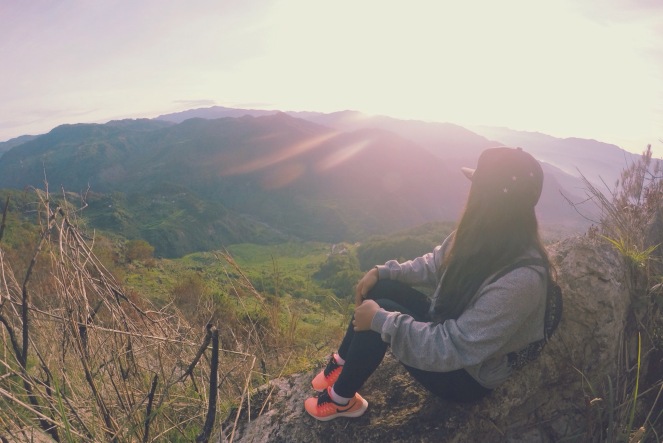 The one crucial factor on honeymoon planning for most people is obviously the expenses. Why would you wanna jumpstart a marriage coming home to an empty bank account? That said, you’d be happy to know that Philippines has something for any budget. You can go cheap, and you can go fancy if you like. Oh, and when I say cheap, I don’t mean first world $50 a night on a sketchy ass motel cheap. I mean $20 a night beachfront paradise cheap. Even cheaper if you’re really a honeymooner on a struggle, Philippines got you. And finally when I say fancy, I mean luxurious af. Nope, I’m not just talking about over the water bungalows. I’m talking five star private property island luxury. Sure, that’s definitely going to be expensive, but compared to others, it won’t cost you your entire marriage.

Food, activities, shopping, and other miscellaneous expenses are also pretty damn cheap here. If money is your biggest concern, just like any kind of travel, there’s a lot of way to hack this. You just gotta do your research beforehand.

When should you go?

There are only two seasons in the Philippines– wet and dry. When it’s wet, it can be really wet. And when it’s dry, it can still get wet. Unpredictable af. Timing is essential when planning a honeymoon in the Philippines because we’re not just talking about rain potential here. We’re talking super typhoon possibilities, and that can really ruin the vibe– think power outages and cancelled flights!

Avoid the months of June until late October because that’s monsoon season on full blast. Typhoons, monsoon rains, and bipolar weather are very prominent around this time. I would say that the best time to come is between December to February when it’s considered dry already but it’s still a cooler climate. March to May is extremely hot and humid, and it’s considered summertime here so expect places to be loaded with local tourists and vacationers.

Anything I need to know in particular? 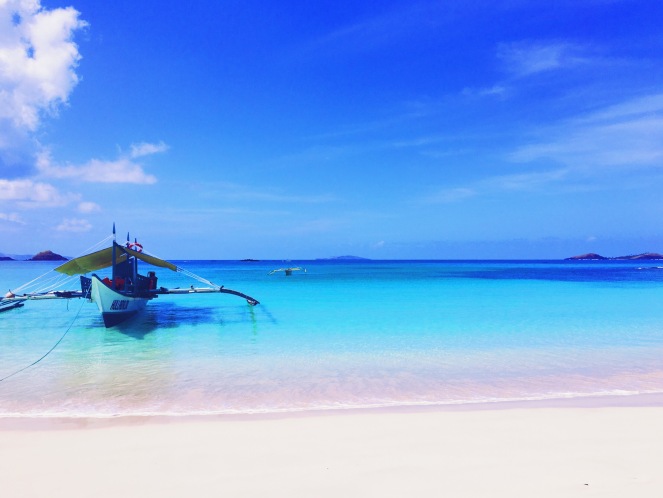 Yup. Christianity is the dominant religion in the Philippines and I’m sure you will recognize this right away. Why is this important to know, you ask. Well, it’s probably not that important to know for the sake of your honeymoon, but if you’re interested in understanding the culture in the Philippines at all, then understanding this fact is pretty quite essential. I’m not saying that the Filipino culture revolves in Christianity, but a pretty damn big fraction, like 90% of it, vividly does. For instance, Christmas is not a traditional event, but a religious celebration instead.

Politics, beliefs, and other cultural trademarks that you’ll soon get to witness has a lot to do with Filipinos’ understanding of their religion. And although Christianity does not pose as much limitations as others does, it is taken very, very, incredibly seriously in the Philippines. I’m reiterating this subject because things about the Filipino culture will make a lot more sense to you if you know this fact.

What’s amazing in the Philippines?

It’s a full on tropical destination.

Obviously, one does not come to the Philippines for a ski trip. You’ve got to understand that no matter how much beauty there is in this country, the best of it is really reflected on the beautiful islands and beaches. Not that it’s limited to that, but Philippines is known for being kickass in the summer destination department.

If you’re craving for cultural museums or art galore, definitely not here. If you want castles of temples, not so much here. If you’re yearning for five star restaurants and amazing city tour, def not here. It’s important to understand because if you’re not into beaches and tropical experiences (but why wouldn’t you be), then maybe Philippines is not the right destination for you. You’ll enjoy it best if you indulge in its white powdery sands and explore the countless virgin islands through a traditional boat, with a coconut drink (or beer) in hand.

Where should we go?

There are too many beautiful islands to choose from.

7,107 to be exact. Though the most popular ones are bombarded with tourists from all over the world during peak season, there are many others that will give you the seclusion and privacy you can only dream of.

Here’s an easy rule of thumb among the most famous islands; Boracay is the lively island perfect for partiers– although exclusivity and isolation can also be granted if you know where to look. Cebu is for the adventurers– diving, canyoneering, etc. Palawan is for beauty obsessed island freaks– hidden lagoons and inexplicably pure, immaculate islands. For a more comprehensive look on more popular Philippine islands, check out this post. 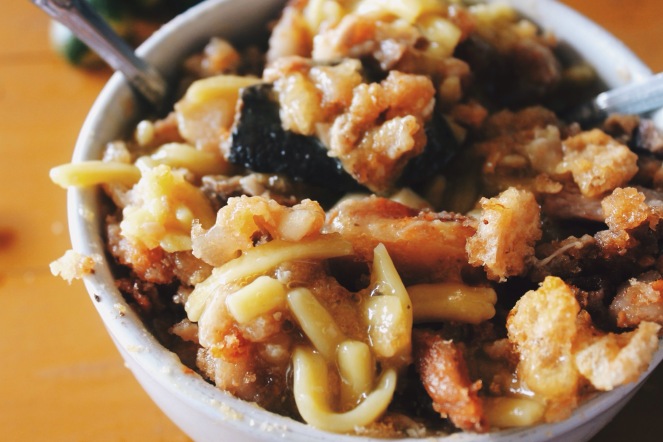 Food may or may not be an issue.

How important is food in your marriage? If you’re seeking for a full on foodie experience, Philippines might be a tricky choice for you. I don’t hate the food here because this is what I grew up eating, but I wouldn’t call it my favorite. If you’re a health freak, it will be an issue. Most of the good stuff in the Filipino cuisine are fried. And deep fried. Or boiled and then fried. That sort of thing. If you’re a vegetarian, it will most definitely be an issue because there’s no variety in the vegetarian department here. Vegetarian and vegan restaurants are extremely limited, and even more so if you’re hitting up the remote islands. I mean, it’s definitely not an issue if you’re here to explore, because yolo. But on your honeymoon? By all means, definitely consider this. Read here if you want to learn about my favorite Filipino food.

So, is it romantic enough?

Romance is in the eye of the beholder.

What is romance to you? Is it lounging at an all inclusive resort with no agendas in mind? A hectic week jumping off from one town to another to chase waterfalls and go on different night dives? To me, romance is a balance of both adventure and not giving a damn about the rest of the world. It’s making a world of your own– together.

Everyone has different views on what a romantic getaway should be. So is Philippines a romantic country or not? Well, I’d like to leave that question up to you. Truth of the matter is, we all have different ideas of romance. Other thinks it’s being pampered in luxury hotels, while some thinks it’s camping under the stars. But either way, Philippines can deliver that to you. You just have to establish your idea of romance first!

But after all is said and done, there’s really just one easy answer to this question. Should you come to the Philippines for your honeymoon? Hell yes. Honeymoon or not, it’s a destination you must not miss out on. With its constant rise in fame, you want to go here NOW.

Hey! Are we connected on Facebook yet? Can we connect right now so I can keep you updated with my latest travel tales and hacks?! I aim to inspire and you can find all that goodies on my Instagram and Twitter too. See you there 🙂

2 thoughts on “Should You Go To The Philippines For Your Honeymoon?”