Ireland is a wonderful place to hear stories, tell stories, and make stories. So much more than what I’ve expected, it’s a place of gorgeous sceneries, friendly people, and of course, whiskey and beer. If I would have went to Ireland a few years ago, I probably would have went home with the world’s biggest hangover instead of these lessons I now know. Like I said, it’s so much more than what it’s generalized for.

Prior to coming to Ireland, I learned that Irish Carbombs aren’t an Irish thing. I also learned a little bit about its history and how it gained it’s independence and why they hate the Brits so much. But of course you can only learn so much from the internet. So as curious as I’ve always been, I let Ireland welcome me with open arms and tried to immerse myself as fully as I could. So here are ten life changing lessons that you will learn (sometimes the hard way) in Ireland.

1.) How to eat a proper fry up without worrying about cholesterol. 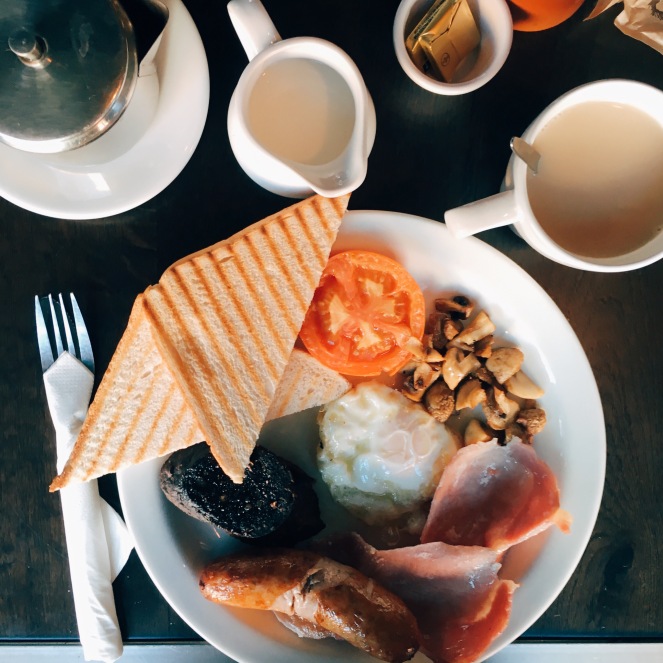 Contrary to what is known about Irish food that it’s not really something that stands out in the crowd, I actually do love their breakfast. Don’t get me wrong though, Filipino breakfast is still the queen of my appetite, but a plate of a full Irish fry up is a pretty satisfying replacement for me. Similar to an English breakfast but with the addition of fried tomatoes, mushroom, and of course the black and white pudding, which is, trust me, not your ordinary pudding, an Irish breakfast is basically an upgraded much better version of any western breakfast. Unlike American breakfast, going full Irish gets you pretty much everything you’ll get in a traditional American, PLUS MORE. Eggs, check. Toast, check. Sausage, check. Bacon, check. Plus the other good stuff I mentioned earlier. I’m not a fan of Irish bread though as it’s a bit too dense for me. It’s completely reminiscent of the bread they serve in medieval movies which I always wondered how the hell do they eat it. I mean it’s not bad, it’s just not for me. But that’s also coming from someone who really doesn’t like bread period. Nevertheless, it’s like a big sampler plate of everything that could clog up your arteries. But when you’re in Ireland and you’re hosted by amazing Irish people willing to cook a fry up for you, do you find it in you to care about cholesterol? Nope. Zero f***s given.

As I tried to get ideas about the weather in Ireland, I was relieved to hear that it’s similar to London’s. By then, I was already getting accustomed to typical British winter so I wasn’t intimidated at all to surrender to Ireland’s temperatures. But what do I know. Apparently, 6 degrees could feel about 5 more degrees lower when you’re in Ireland. It was a different kind of cold. When I’ve spoken to Irish people in London, they’ll describe London as a “miserable kind of cold” but I felt otherwise. Ireland is definitely and significantly colder. At least to me, it was. But that’s okay because you’ll learn how to suck it up there. Eventually, you’ll learn not to shiver when you talk to people and your body will voluntarily stop shaking when you’re walking in the streets. You’ll learn that repeating that you’re cold over and over again doesn’t really do much. You’ll also learn not to underestimate the power of water resistant puffer jackets, if you haven’t learned that in England at least.

3.) How to make small talks not awkward at all.

After spending a generous amount of time in London where the idea of small talk makes people cringe and quiver, Ireland was a refreshing change of atmosphere. What could start of as a nonchalant comment about the cold weather can instantaneously turn into a conversation about the Middle East. Just your casual conversation while waiting for the next train. A simple “how are ya doing” can actually be the beginning of a friendship. With that said, it’s very safe to say that Irish people are one of the friendliest bunch. Sure, I get those friendly smiles all over Southeast Asia and they’re warm, inviting, and accommodating. But in Ireland, it’s just a nice, fresh, good ole’ friendly vibe– like let’s go meet at the bar later tonight kinda friendly. No awkwardness at all. 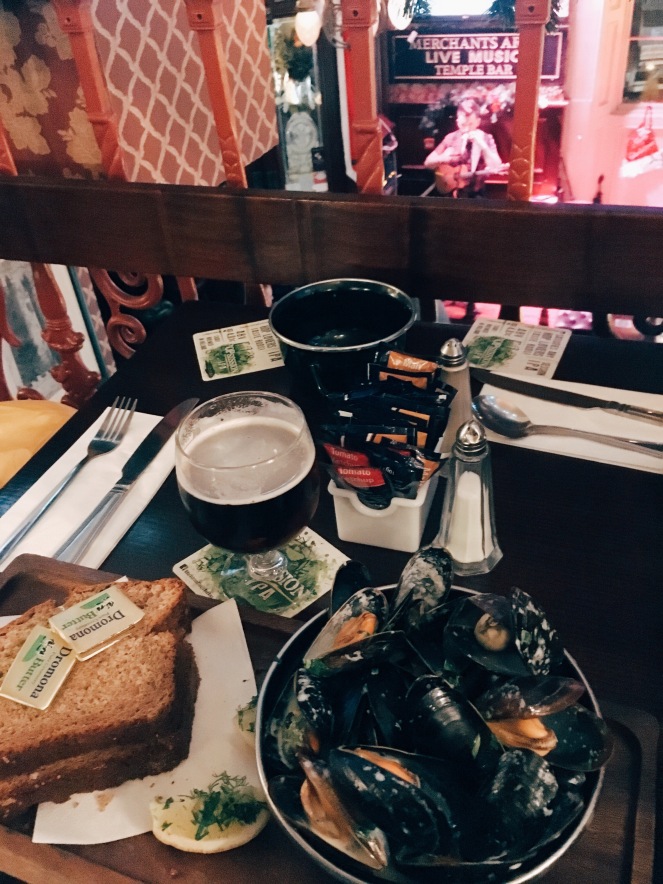 I had one day in Dublin and I just couldn’t bear to miss out on getting a legit Irish bar experience. So I made a beeline to Temple Bar. Just kidding. I avoided the street like a quick Asian girl dodging the sun. From what I’ve been told by the local Irishmen, you want to stay away from it as possible if you really want an immersive Irish experience. So I found a small neighborhood bar blocks away from the center, ordered a couple of pints (by that I meant 2 half pints because I’m a cheap drunk), indulged in some Irish seafood, and enjoyed listening to beautiful live Irish music with a new friend. This was something I couldn’t miss out on and I’m glad I didn’t. I wasn’t quite in the know about the magic of Irish music yet so it was a truly a beautiful thing to listen and experience something so new and be so captivated by it. If you have one day in Dublin, this should be prioritized.

5.) How to listen carefully.

Other than their notorious kickass drinking culture, one thing Irish people are usually generalized for are their complicated accents. Complicated is probably not a very accurate word to use, but let’s put it this way; it’s really freaking hard to comprehend them. Depending on what region they come from, their level of indiscernible accents ranges from “hard to understand” to pretty much “impossible”. So because of that, you listen. A great weakness of mine that I learned to overcome because I had to. I tend to space out when people are talking to me sometimes, but nuh uh, not when you’re talking to Irish people. You listen carefully so you don’t seem dense or slow. But then again, Irish people are aware of their strong accents so they never take it to offense when you ask them to repeat what they said. You learn this too, because there’ll be times you’ll really need them to repeat it.

6.) How to drink appropriately at any time of the day.

Do I really need to say more? Irish people’s drinking culture is known worldwide for a very good reason– they can fucking drink. Whether you come to Ireland for a drinking binge with other millennials or you go there with family like I did, expect there’ll be drinking at any time of the day. In Ireland, you learn that there’s no such thing as too early or too late. You can be as free as you want to be here. You will not be judged. You can have your big breakfast with Irish coffee, followed by some hot whiskey, and continue on with Guinness the rest of the day. Here’s what you will learn there; the appropriate way to drink in Ireland is that there’s no “appropriate” way to drink at all.

7.) How to trust no one… when it comes to predicting the weather, at least.

Yes, not only do you learn to suck it up in the cold, but you do learn another significant lesson about the weather too. Trust no b*tch. You’d think I would have learned my lesson by now having lived in the Philippines for so long. But Ireland weather is just another level of lies. They can tell you it’ll be extremely cold and freezing in the afternoon but in a blink of an eye, the beautiful sun shines on your lawn. Or vice versa. Weather apps can predict the sun yet the weather gods will give you a hurricane instead. Weathermen and weather apps– they are the most misleading things in Ireland. Do not be fooled.

Irish people… they’re a funny bunch. As if their friendliness isn’t enough to make your moments with them very memorable, but they are pretty damn funny too. Just take my story for an example. It’s a pretty long one, but it’s one of my favorite stories to tell. Click here to read about that one time I hid at the back of a tour bus. 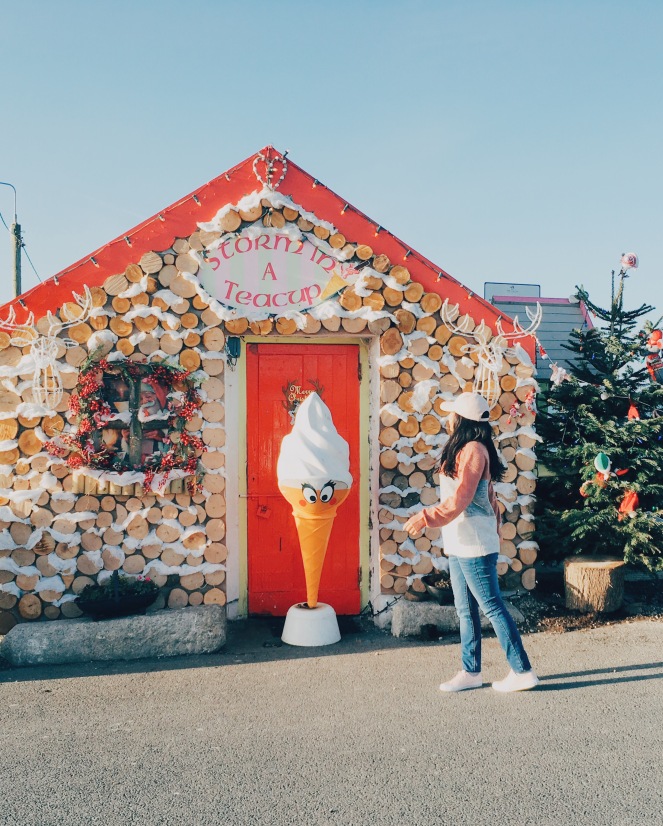 Everyone in Ireland knows how to make and find crack. And if you know how to get down, they might be the best crack you’ll ever have in your life. Who knows? To clear that up though, I actually meant “craic”, which is a Gaelic word that is pretty much equivalent to the English word FUN. It’s an essential word to learn if you’re coming to Ireland. But once you’re there, you’ll quickly find out that craic is everywhere– inside the bar, out in the streets, inside their homes. They know how to have fun, and they’re even better at MAKING things fun.

10.) How to make the best of a rainy afternoon. 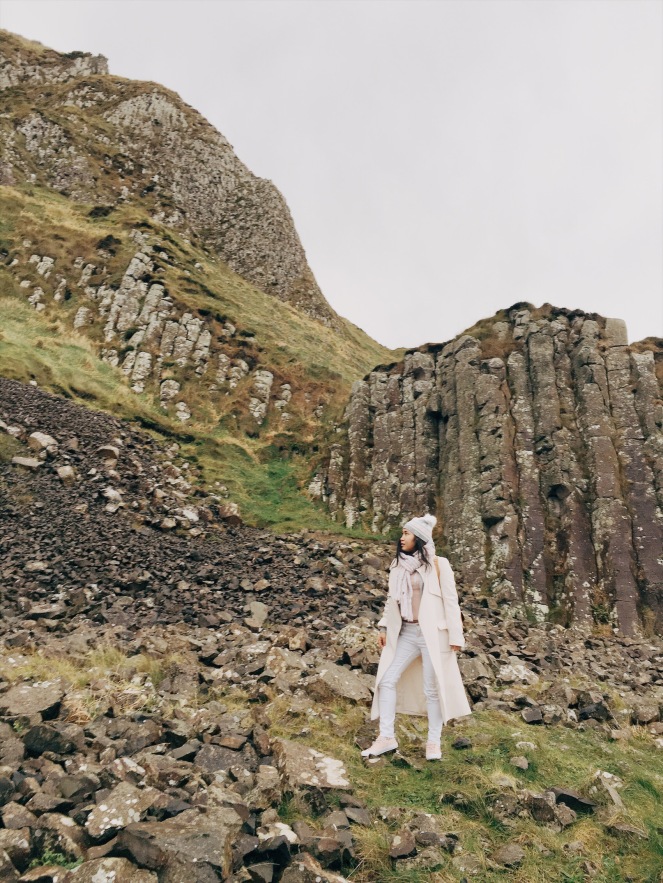 I’m no stranger to rain. I love rain, as a matter of fact. There’s nothing like a good nap during a tropical rain in the afternoon. Or sleeping in the morning as the melody of raindrops on my window sends me back to sleep. But Irish rain is no tropical rain. And when you’re in Ireland in a very strict schedule because of the holidays, rain isn’t something you cancel your plans for. To be fair, rain never really is a legitimate reason to cancel your plans, but I’m just saying, Ireland has too many things to offer that you shouldn’t let rain keep you indoors. Remember when I said Ireland teaches you not to trust any weather app? This goes hand in hand with that. I was ready for sunshine and was dressed in all white when the rain decided to follow me all the way to Dublin, and then all the way up north. But there’s so much culture to see and so much views to take in that regardless of getting sick (which I did, fyi), you just do it. Because that’s just life isn’t it? You just have to make it through the rain. Cue Mariah Carey. xo. 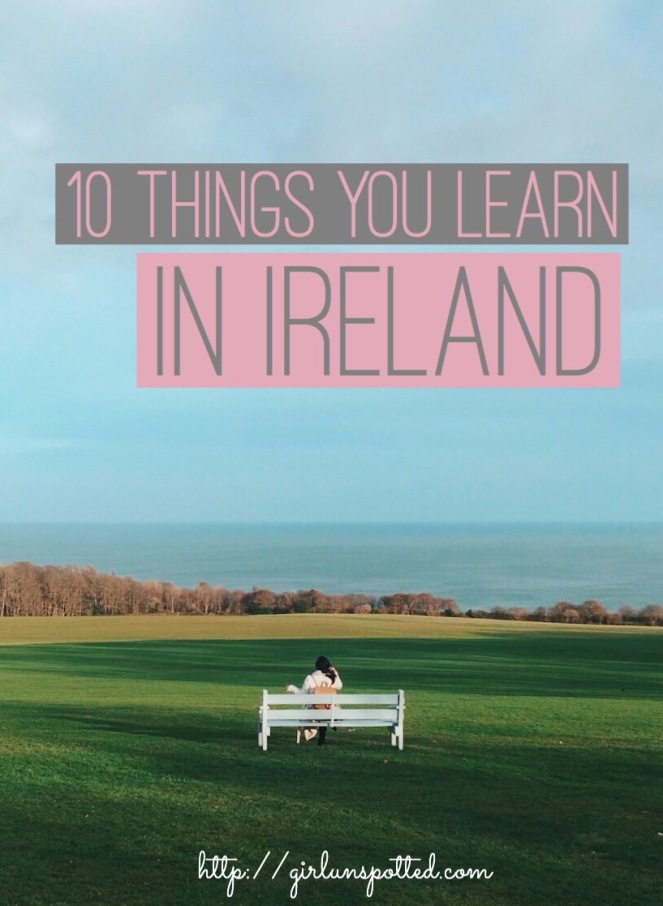 Hey, you! If you loved this post, why not connect with me on Instagram too? I’m all about spreading travel inspiration one photo at a time so, see ya there? I’m also on Facebook and Twitter— come say hi!

2 thoughts on “10 Very Irish Things You Learn In Ireland”