After having lived in the Philippines for almost a decade now, I’m ashamed to say that I’m not entirely always in the know when it comes to the current events here. I choose to avoid the local news because it depresses me, and because I’ve also learned that media is not always the best source of information here in the Philippines. So I travel. I travel to places and learn about them on my own. I talk to the locals and I learn whatever I can from them. Personally, I believe I can learn so much more about a place from talking to a local for an hour, than from watching the news every single night for a month.

But despite all my courage and desire to learn everything about my country, there’s a tiny bit of fear that lingers when it comes to certain areas that many of us wouldn’t dare come close to. Like many travelers, locals or foreigners alike, saying the name “Mindanao” is like the trigger word for DO NOT GO THERE. It’s a shame on so many levels, especially, because this region is home to such beautiful hidden gems. (READ: Siargao Guide For The Young And The Lonely)

When I was invited to cover Zamboanga, it was mostly excitement and curiosity that sparked. The tiny little bit of fear and skepticism came in later on but for my own personal reasons, but for the most part, I was exhilarated. To get the elephant of the room out of the way, here’s what I learned: Zamboanga is safe. It doesn’t matter whether you’re north or south in the peninsula– it is entirely safe. It’s so upsetting reading blogs and articles most especially from foreigners who have literally never stepped foot in Mindanao, making quick assumptions and warning their readers to avoid the area because clearly, they have zero idea what they’re talking about. So because I highly value my credibility, I’ve spoken to local guides, officials, and just locals of Zamboanga in general, to help you plan a safe trip to Mindanao area. It would be such a shame to miss out on this exquisite province just because of the false information you’ve been fed.

Why does Zamboanga have such a negative connotation? It’s literally 12 hours away by boat from the “nearest” danger zone. Even local Zamboangeños are intimidated to explore their own province. The answer is simple though, it’s media. Most statements released when it comes to Mindanao news are coming from Zamboanga, so it’s easy to make an assumption that this is where the trouble is. It’s sad, really, because Mindanao is so much more than just Siargao or Davao. There’s literally a paradise within a paradise waiting to be explored.

See, I believe in living fearlessly, but I believe in travel safety as well. If you know nothing about a place, don’t be so impulsive. There are STILL areas to avoid in Mindanao, no matter how courageous we want to be. I asked a Tourism officer on a general rule of thumb when it comes to places in Mindanao to avoid for safety’s sake and here’s what he’s given me; Patikul, Jolo, Sulu, and some parts of Basilan. These areas are the actual places that even the LGU discourages travelers from visiting. Other than that, everywhere else in Mindanao is generally safe for travel as long as you plan and coordinate properly. More on that later.

Knowing where you’re going isn’t enough when you’re going somewhere a little outside of your comfort zone. Do it for your safety, or for you or your parent’s peace of mind, but dig a little deeper. Learn as much as you can about a place. Reading one article that claims Place X is safe or unsafe is not enough. Read the local news because whether you find them reliable or not, there’s gotta be a few information you can still use from a news article. Talk to locals outside of Mindanao, reach out to friends who’s been there, or even to bloggers or other influencers. Any information you can gather is knowledge.

Just like when you’re researching about a new place, learn about the accessibility of the place. Are there local hospitals? How’s the transportation like? Is it tourist friendly? The more info you have, the more you can prepare appropriately for your trip, and the more prepared you are, the less worried you’d have to be (if that were the case).

3.) Coordinate with the Department of Tourism of the region you’re traveling to. 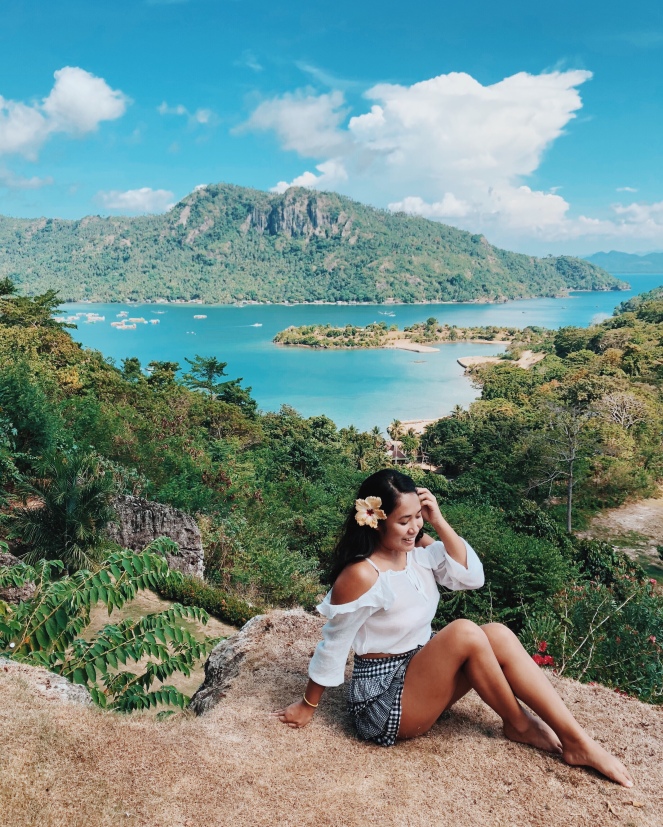 As a part of your research and “knowing where you’re going”, it’s important to coordinate with DOT because if there’s anyone else who knows about the safety and risk of a certain place, it would be them. One of the main concerns of DOT revolves around the safety of the visitors so they highly encourage us to reach out to them. They’re happy to help and answer any queries so don’t be afraid to blast them with your questions. You can usually reach them via their official Facebook pages where they seem to be quite responsive. Their contact info is usually found there as well, plus upcoming events and festivals are often promoted, giving you even more access to first hand information. For instance, you can reach DOT 9 here.

4.) Reach out to the local tourism office.

To be honest, I never thought of coming to the local tourism office during any of my travels because I just never knew they would be of any help or significance. But because we’re talking safety matters here, your first stop upon touching down should be the local tourism office. This is very vital, guys, especially in Mindanao. Make sure you register as a visitor so they have a record that you were there if worse comes to worst. Not only can you gather more information about the place you’re visiting, but they’ll also be able to give you credible safety tips and requirements. They are, after all, equipped with all the knowledge about their turf. Plus where else can you learn about the hidden gems we’re all after? Go to the pros, they’ll point you in the right direction, trust me.

5.) Go with an accredited tour operator.

I know, I know, DIY travel is a favorite for many of us, including me. There’s just nothing like getting lost and finding our own way in a foreign place. But, when it comes to unfamiliar territories like Mindanao, its best to go with a tour operator. The local tourism office will point you in the right direction of accredited ones, and by doing this, there’s no such thing as being ripped off or being overcharged because the price rates are standardized.

This is a basic precautionary measure to achieve a safe trip to Mindanao. By doing so, you eliminate the risk of danger, people are aware of your whereabouts, and safety is generally provided. Tour guides aren’t that bad, you know? It’s literally like hanging out with a local where they show you places and tell you stories about it. It’s a great way to learn about a place. It doesn’t always have to be so formal if you don’t want it to be, just hang out and talk to them like a new friend. And remember, doing this also helps the livelihood of the community, so it’s pretty much a win-win situation.

Accidents happen all the time, it doesn’t matter whether you’re in Mindanao or a first world capital. The thing about Philippines is that emergency healthcare is relatively cheap. But because we’re not always in control, it’s best to invest in a travel insurance, because, you just never know. But just because you’ve invested in one doesn’t mean you can travel recklessly already.

7.) Don’t believe everything you read online.

The internet is such a great tool for finding information on travel destinations, but don’t believe everything you read or hear. The World Wide Web is a vast place filled with truths and myths, trolls and wannabes, and just plain oblivion. Do take what you read into consideration, but don’t let it end there. Just because first world writer who’s never been to Place X said Place X is unsafe, doesn’t mean it actually is. See, I’m not gonna fabricate the fact that there has been hostages and kidnapping issues that happened in Zamboanga plenty of years ago, but so does everywhere else. Kidnapping can happen literally anywhere in the world, so calm down. May I also remind you that mass shooting in America, supposedly the world’s most powerful country, occurs a lot more than there was ever any cases of terrorism in the city of Zamboanga.

8.) But trust your judgment too.

At the end of the day, our instincts is all we’ve got. Our intuition allows us to make the right judgments so practice it. It helps us decide who to trust, who to avoid, and what to make of a situation. If something doesn’t feel right, take that into consideration and reassess the situation.

Mindanao is relatively safe for travel, but just like any destination, standard precautions should still be observed. Let your family and friends know where you’re going. Have a copy of your passport and identifications with you. Have a first aid kit ready. Don’t call attention to yourself. Load up on Vitamin C. Respect the locals and their culture. Also, no matter how much I say to make friends with the local, keep your guards up still. Most importantly, use your common sense. It’s just standard safety precautions, but they can go a long way.

10.) Relax and enjoy the wonders of Mindanao.

After all is said and done, relax! Mindanao is such a beautiful place and because it’s less traveled to, there are so many exhilarating corners to be explored all to yourself. Like I said earlier, Mindanao is so much more than just Siargao. There’s literally a cluster of islands waiting to be seen. Zamboanga’s Pink Beach And Mangrove Lagoon in Sta. Cruz Island are so worth traveling to. See the vinta that you only saw in your textbooks. If you’re a history buff, they’ve got plenty of that too! It’s a place of wonders, and if you just look past all the misconception, you might just find yourself a new paradise!

Hey, you! If you loved this post, let’s connect on Instagram too? I’m all about spreading travel inspiration one photo at a time so, see ya there? I’m also on Facebook and Twitter— come say hi!