One of the most overlooked provinces in the Philippines, Zamboanga, has been overlooked for over a decade. We’ve been told many times by everyone– our parents, the media, the world– to avoid the southern part of the Philippines. Although true in many aspects, there’s so much more to the South than all the misconceptions its known for. Zamboanga, for instance, is one of those provinces that deserves so much justice. To dispel all those misconception for you, I went there with pure open heart and mind to see all the best they have to offer. And here’s what I learned– Zamboanga is the next big destination in the Philippines! Here are 10 major reasons, though there’s many, many more, why you need to go to Zamboanga ASAP.

1.) The abundance of seafood is no joke.

There are many things to do in Zamboanga and eating is definitely one of them. Zamboanga is one big foodie destination, but it’s abundance in seafood definitely stands out. Philippines may be an archipelago surrounded by delicious sea creatures, but Zamboanga’s seafood delicacies are not to be missed. Their La Curacha Crab, for instance, is a game changer. Smothered with unique coconut sauce, their juicy local crabs are one of the most sought after delicacy in Zamboanga. Alavar Seafood Restaurant serves the best in town, together with other seafood dishes that’s worth a cheat day or two.

Another popular way to experience seafood in Zamboanga is by indulging in a feast “sutokil” style. Sutokil is an abbreviated term for three different cooking methods– SUgba (to grill), TOla (to stew), and KILawin (cooking fish in vinegar). Seafood cooked three ways? YES PLEASE. I had to refrain myself from my favorite kilawin though because I’m pregnant, but you have no idea how much of a torture it was to watch everyone else’s delight with each bite. Sea Heights Diner at Sindangan makes a great pit stop. 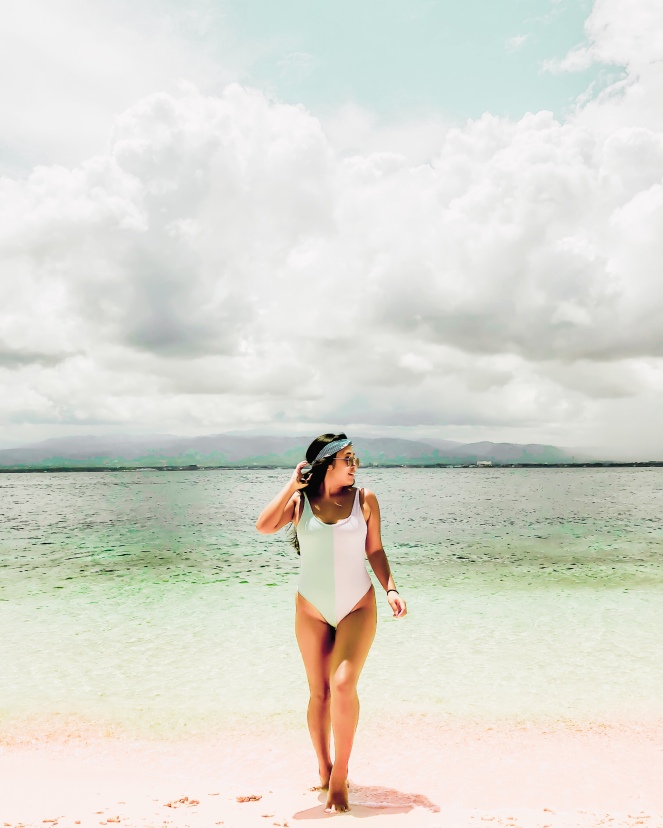 I’m obsessed with beaches and the color pink so this is a paradise that’s been in my imaginary bucket list as soon as I’ve heard of it. Sta. Cruz Island in Zamboanga boasts of pink/coral sand that lights up La Vie En Rose style when the sun is the brightest. The only problem was, Zamboanga didn’t sound safe to travel to– but of course I’ve proven myself wrong! It’s completely safe to get here, all you need is your adventurous soul, some sunscreen, and your cutest bikini. If you’re feeling intimidated to go to this part of the Philippines, read this post about traveling safely in Mindanao.

Anyway, don’t expect to land on a beach with sand as if Hello Kitty threw up all over it. It’s pink alright, but you’ve gotta catch it on a bright, sunny day. Plus, it looks a lot more pink from above, so extra points if you have a drone.

Who said you have to live in Barcelona for a year to be fluent in Spanish? Head to Zamboanga instead! I was surprised to learn that there are still places where Spanish is still used. It’s not just the elders that speaks them, “chavacano”, which is pretty much a more Filipino-ish creole Spanish, is actually being taught in school still. How cool is that? Hearing locals speak the language is like being in a completely different country. But more on that later!

Remember the black and white photos of Vinta boats in your text books when you were in elementary? They’re actually being used up to this day, although not from their original function way back then when merchants used it to exchange and sell local goods. Imagine seeing them up close, in high definition color, and imagine being able to paddle one. It was so awesome to be able to do something I never even imagined I would. It was always just at the back of my mind how gorgeous they were, but I just didn’t think it was something I could actually experience. And I kid you not, Zamboanga’s hidden gem locations makes the experience even more unique. But again, more on that as you keep reading. 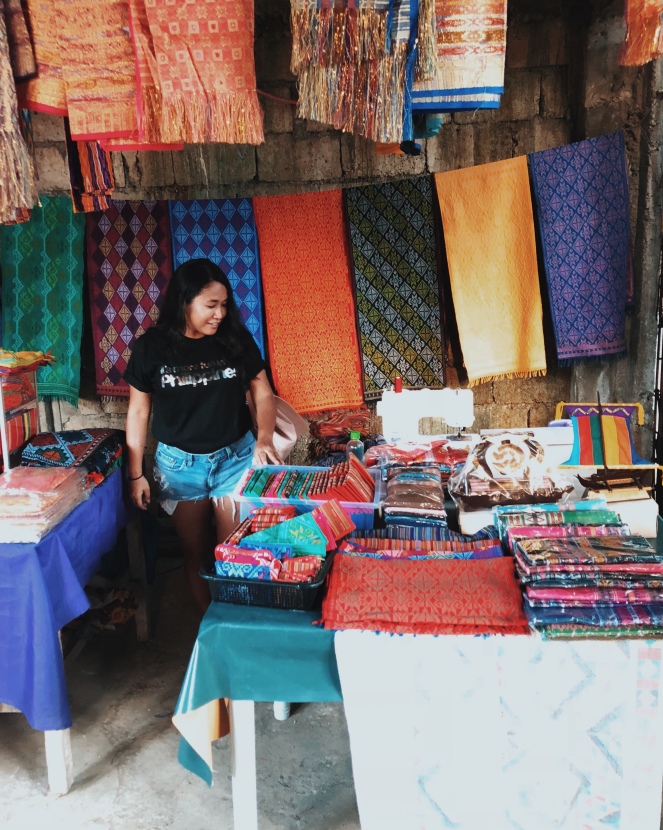 The local textiles are also worth a splurge when you do your shopping. Yakan Weaving Village has a great variety where local tribes are working daily with their artistic hands making everything colorful from table runners, malong, purses, and more! Who needs to go to Bali when you can purchase beautiful vivid pieces locally? You’re not only adding something amazing to your wardrobe or your house, but you’re contributing to the local community as well.

5.) There’s a lot of culture and history to be learned. 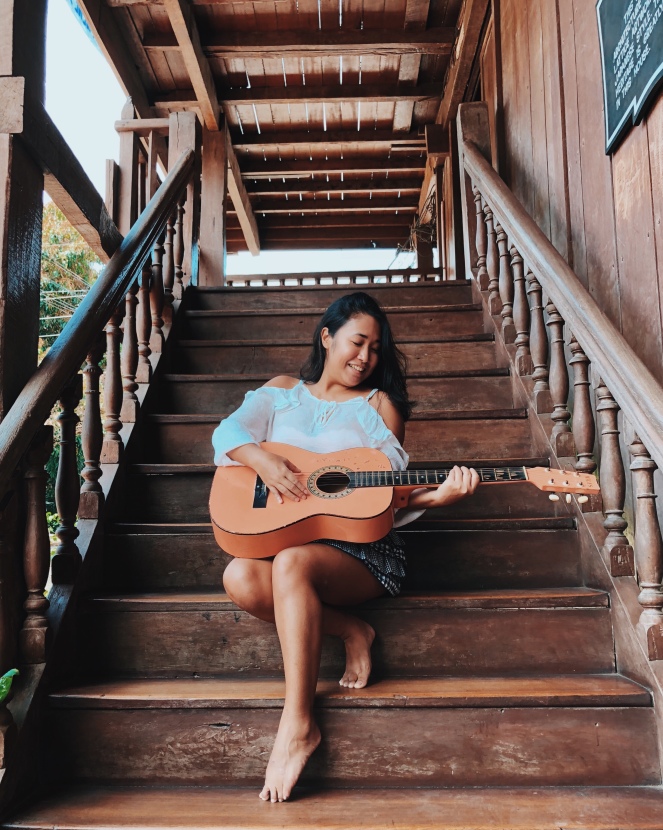 Dr. Jose Rizal is one fine fella that really made an impact to the Filipino youth even at this day. I’ve always been interested in his life story. I mean, the guy is an actual genius. He was exiled in Dapitan and his contribution to the little city is beyond impressive. Visiting his shrine and museum is definitely a great way to learn about his life here.

The National Museum of Zamboanga is also filled with little artifacts that goes way back pre-colonial years. Very little is known about this era so it was really interesting to see how authentic Filipino life was lived before the Spanish arrived. Sometimes, it makes me wonder just how Malay our country would be if we were never colonized.

It’s also worth mentioning that the diversity of culture is still very apparent in Zamboanga. Although Catholic is the dominant religion, many still practice Islam around the peninsula. There are also local tribes that are still strongly practicing their own traditions, such as the ones in Yakan. So you’ve got a diversity in language, plus you’ve got diversity in culture-– isn’t this what the Philippine archipelago is all about? Except, it’s all found in one peninsula.

6.) They have delicious Malay influenced cuisine. 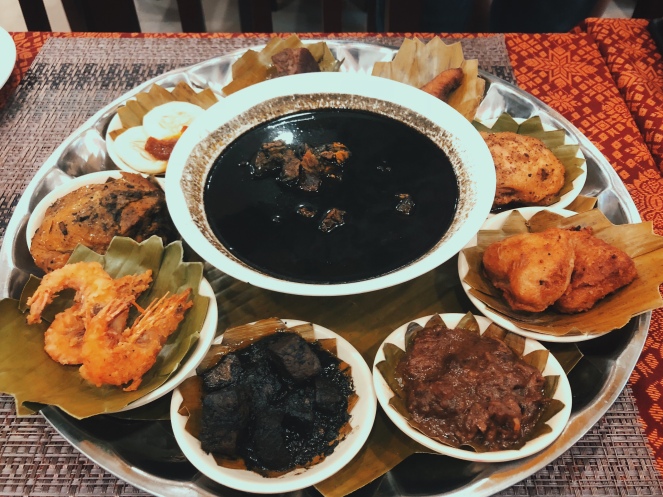 Speaking of Malay culture, here’s another cool thing about Zamboanga– more variety in food! Sure, I could spend days being buzzed on seafood, but their Malay dishes are quite an experience too. I loved Bay Tal Mal Restaurant’s dishes. Although it’s full of obvious Malay influences from the interiors to golden teapots, the food is still fused with local Filipino way, making it a cuisine of its own. Their “Latal” is a great way to experience their local Tausug dishes– served tapas style, you get the best sampler plate. The soup may look intimidating, but don’t worry, it’s not blood, it’s actually burnt coconut, which is just hands down delicious. The meals are very curry based, but as I’ve said, it’s different than what you’re used to.

Zamboanga is pretty local and traditional in its own way alright, but it doesn’t end there. Contrasting its native beauty, Zamboanga also knows how to spoil their visitors with luxury. Dakak Resort, for instance, is fancy on the finest level. It might ring a bell to you if you grew up in the 90’s Philippines as it was one of the biggest name during its peak. But Dakak Resort is making a comeback and it’s better than ever! With new private villas complete with jacuzzis overlooking the ocean and the sunset, new adventure activities such as zip lining and ATV rides, a kickass spa, and even a golf course, Dakak is luxurious AF. I’ll be writing a separate piece on this because I had such an incredible experience that it needs to be shared.

8.) Shopping at Barter Market is quite something.

Shopping is never really a priority whenever I travel, but coming down to Zamboanga, I’ve learned that there are some goodies here that are definitely worth investing in a check-in baggage for. Besides their local products, imports from neighbors Indonesia and Malaysia are all over Barter Market for cheap! Ever had Maggi Kari noodles? Neither have I, until I was told it’s quite something! They have chocolates, candies, snacks, and other munchies that are imported and because they don’t get taxed down there, they’re all pretty cheap!

Of course local products are not to be forgotten. Remember when I said Zamboanga is seafood haven? It’s home to amazing dried seafood too, from dried Lapu-Lapu to dried squid! Just make sure you go to Barter Market early to catch some, we went pretty late and the vendors were almost out! Zamboanga is also known for Spanish style sardines so make sure you have enough room.

9.) It’s still an off radar location filled with hidden gems.

Because of the terrible reputation and misconception Zamboanga has, local and foreign tourists alike are not so drawn to the idea of visiting the peninsula. It’s such a shame though because it’s home to wonderful offbeat gems that needs to be seen by the world. From hidden mangroves to secret waterfalls, scuba diving spots to magnificent caves, there is so much to be seen! The great thing about Zamboanga is that they also mandate a limitation on visitors. For instance, there’s a quota for Sta. Cruz island per day, and they’re a limit of 15 minutes if you’re visiting the sand bar behind. This is done to protect not only the island, but also the sea turtles that are local to the island. They lay their eggs there and the tourism office is very strict about compromising the rest biodiversity in the area.

They also have local stingless jellyfish found in the mangrove in Sta. Cruz island, and although their guides are trained and will guide you to get a little feel of the creature, I would recommend just admiring them through your eyes. I mean, how would you like to be touched by strangers without your permission?

10.) Because despite what the media says, it is completely safe. 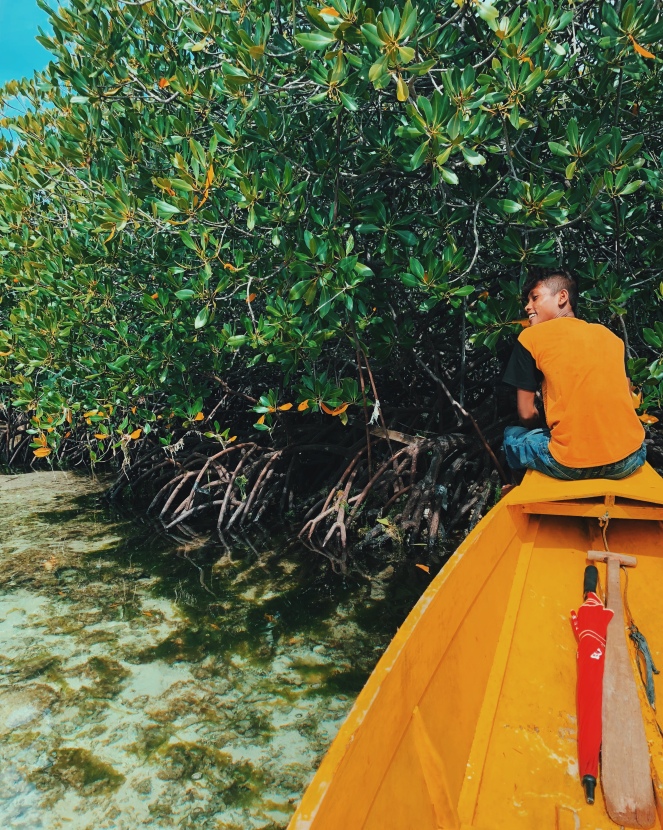 Extremely safe, like I’m not even kidding. The closest danger zone is about 12 hours away by boat. It felt 100% safer than the streets of Metro Manila. The streets are protected, the people are kind, and the place is just comforting. I didn’t feel like I was close to any danger at all. For more tips on Mindanao travel, please do read this post. Don’t let the media fool you. Even blogs and articles are not up to date nor reliable too. All you need is an open mind.

Hey, you! If you loved this post, let’s connect on Instagram too? I’m all about spreading travel inspiration one photo at a time so, see ya there? I’m also on Facebook and Twitter— come say hi!